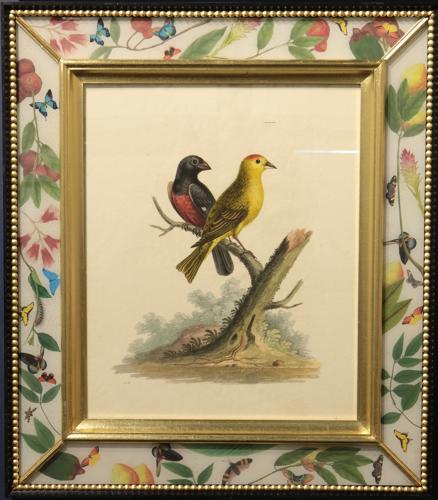 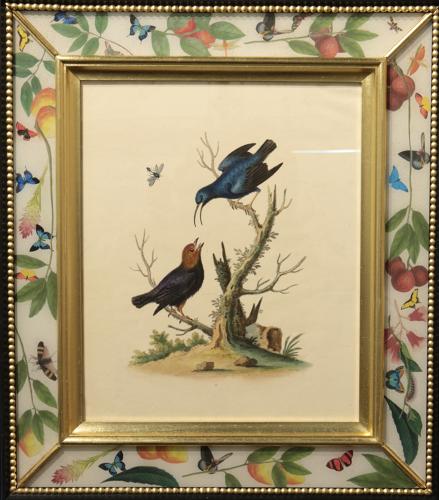 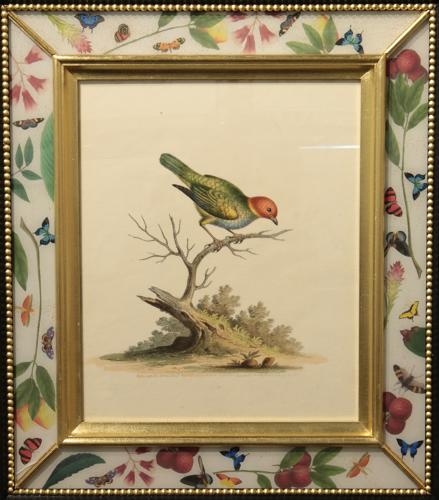 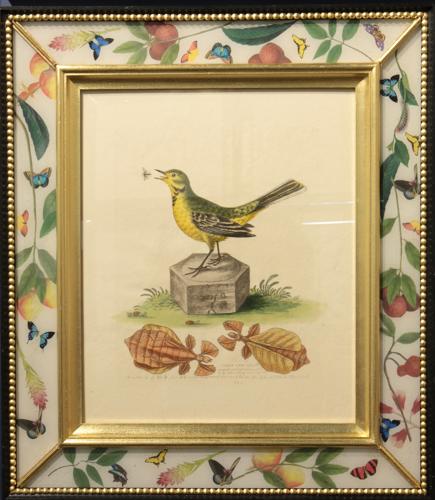 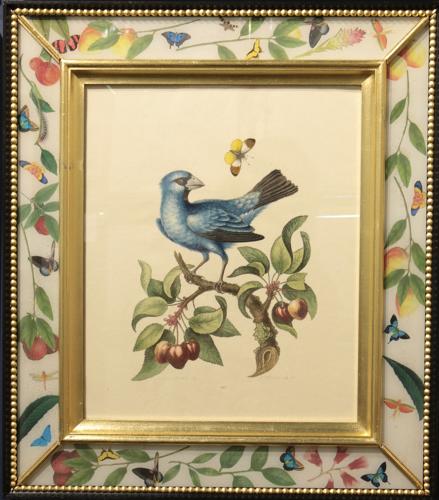 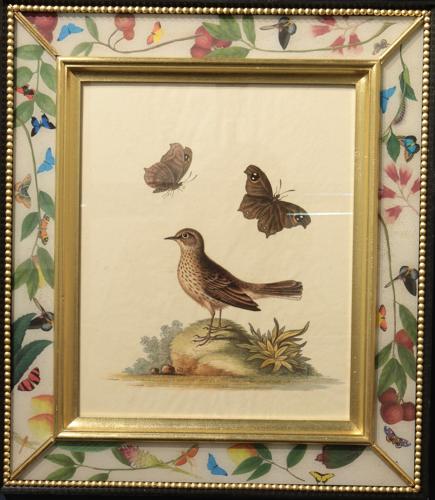 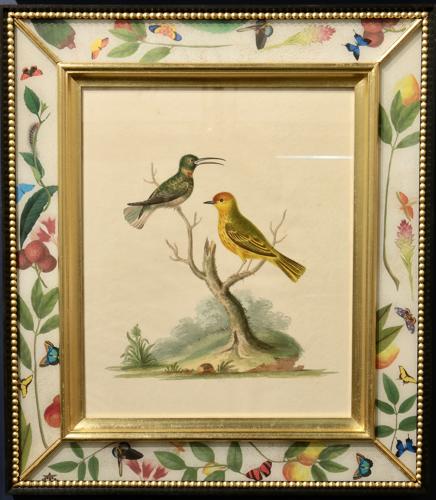 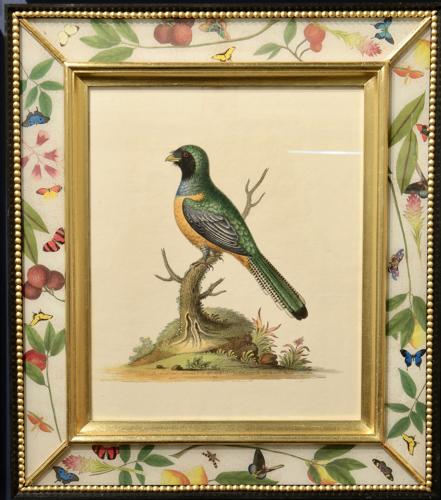 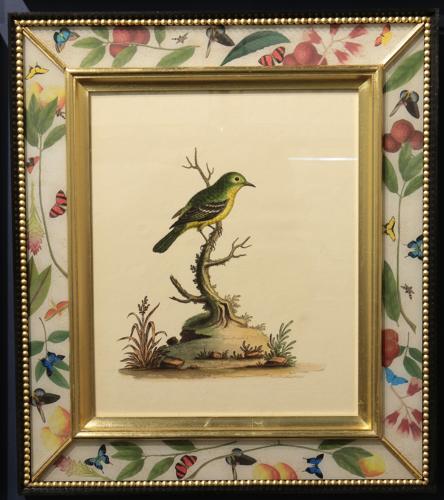 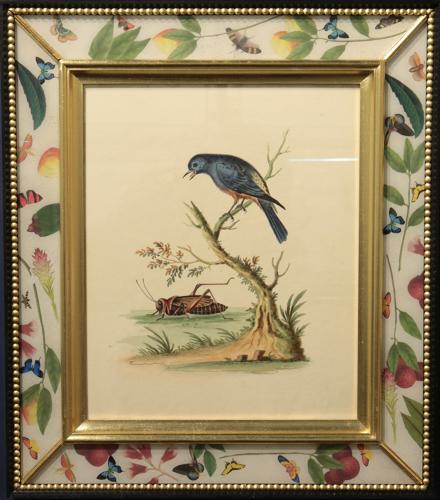 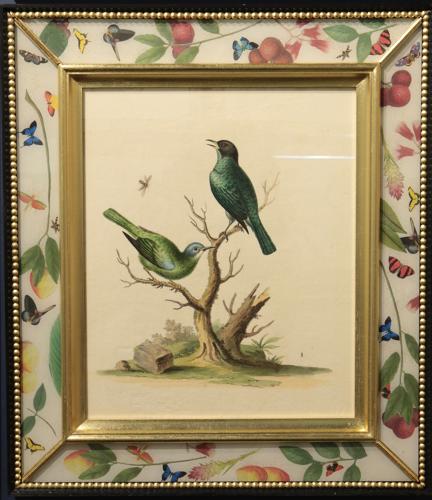 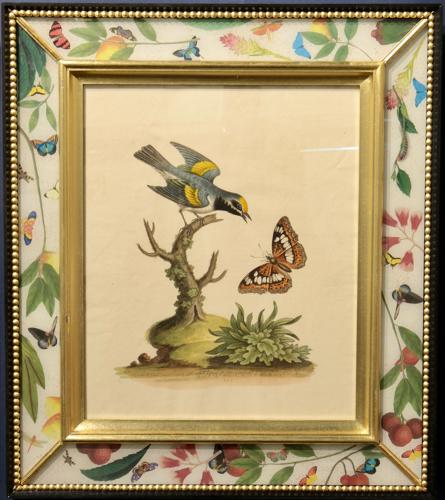 George Edwards birds. A rare group of etchings in 'contrepreuve'

These prints are from an edition of apparently only 25 sets on large paper printed in contrepreuve.  The prints, watermarked J.Whatman 1794 and Ruse & Turner 1801-05, are finely coloured and with a softer finish than those of the original edition. In order to resemble original watercolours, they were printed as counter proofs, a technically ambitious method which left delicate impressions without plate marks: prints were taken from the original plates, whilst still wet each of the resultant positive images was run through the press again with a second sheet producing a lighter reversed print. This method of plate production was costly and time-consuming, and consequently very rare.

"George Edwards was born at Stratford, Essex, and received his early education at a public school at Leytonstone, later being apprenticed to a tradesman in ... London. Having access to a large library of scientific books Edwards studied these assiduously and, having made up his mind not to enter business, decided to travel abroad. Between 1716 and 1733 he visited many foreign countries but in December of the latter year settled down in London and, through the influence of Sir Hans Sloane, was chosen Librarian to the Royal College of Physicians ... . Almost immediately after he was appointed ... Edwards commenced the preparation of a series of coloured drawings of animals and birds, used later to illustrate [the present work]; for these he was awarded the Gold Medal of the Royal Society and subsequently elected a fellow." (Lisney p. 127). Fine Bird Books p. 74; Nissen IVB286 and 288; Zimmer pp. 192-203. (4)