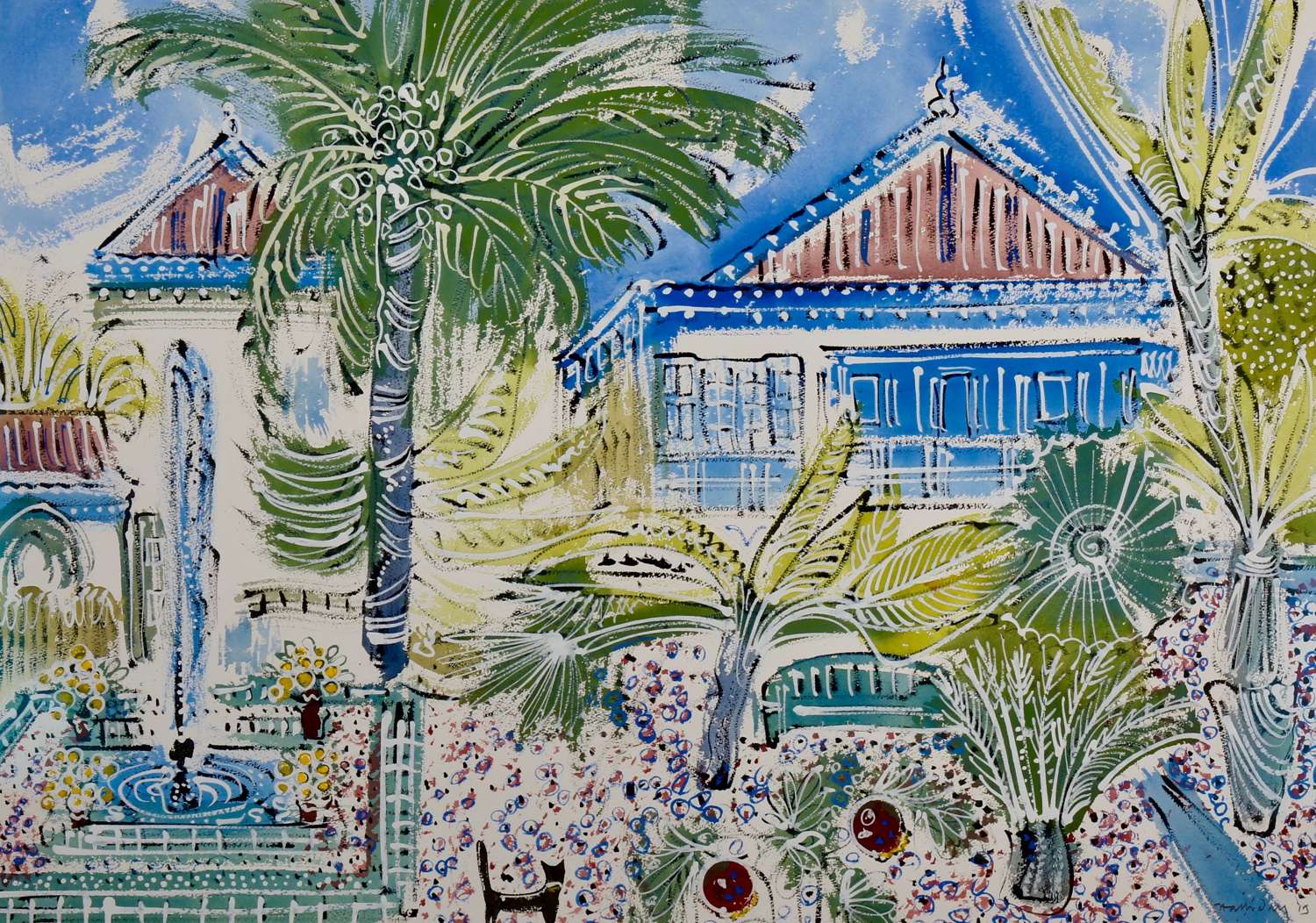 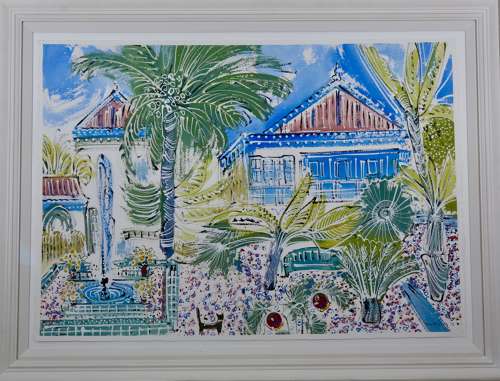 The Villa Oasis is the property in Marrakech that was owned by the late couturier Yves Saint Laurent and his partner Pierre Bergé.  It is attached to the Jardin Majorelle  (developed in the early 20th century by the French painter Jacques Majorelle), which was earmarked for demolition before Yves Saint Laurent purchased it in 1980. Beautifully restored, the villa and gardens are now the most popular tourist destination in Morocco.

This painting of the Villa Oasis by Alan Halliday is among a number of watercolour and gouache compositions of Marrakech that Alan has produced in recent years. It is considerably larger than most of the paintings in his Morocco series.

Alan Halliday (born 1952) is an internationally established British artist (see "The Dictionary of British Artists Since 1945").  His style is boldly calligraphic, with gouache and watercolour being built on a structure of fluid, spontaneous strokes. He has been a successful professional artist for over 40 years, holding more than one hundred exhibitions in the USA, Europe, India and the Middle East. His paintings are in the collections of the Victoria and Albert Museum, Oxford University colleges and the Folger Shakespeare Library, Washington, USA. Trained at the Courtauld Institute of Art (1970-74), in 1982 Halliday was awarded a doctorate of art by Oxford University. His first mentor was John Piper, the distinguished British Neo-Romantic painter. Halliday now lives in France by the Loire. In 2011 he was made Un Invité des Amis de Marcel Proust.

Medium: Watercolour and gouache on heavy Arches Aquarelle paper. Signed by the artist.