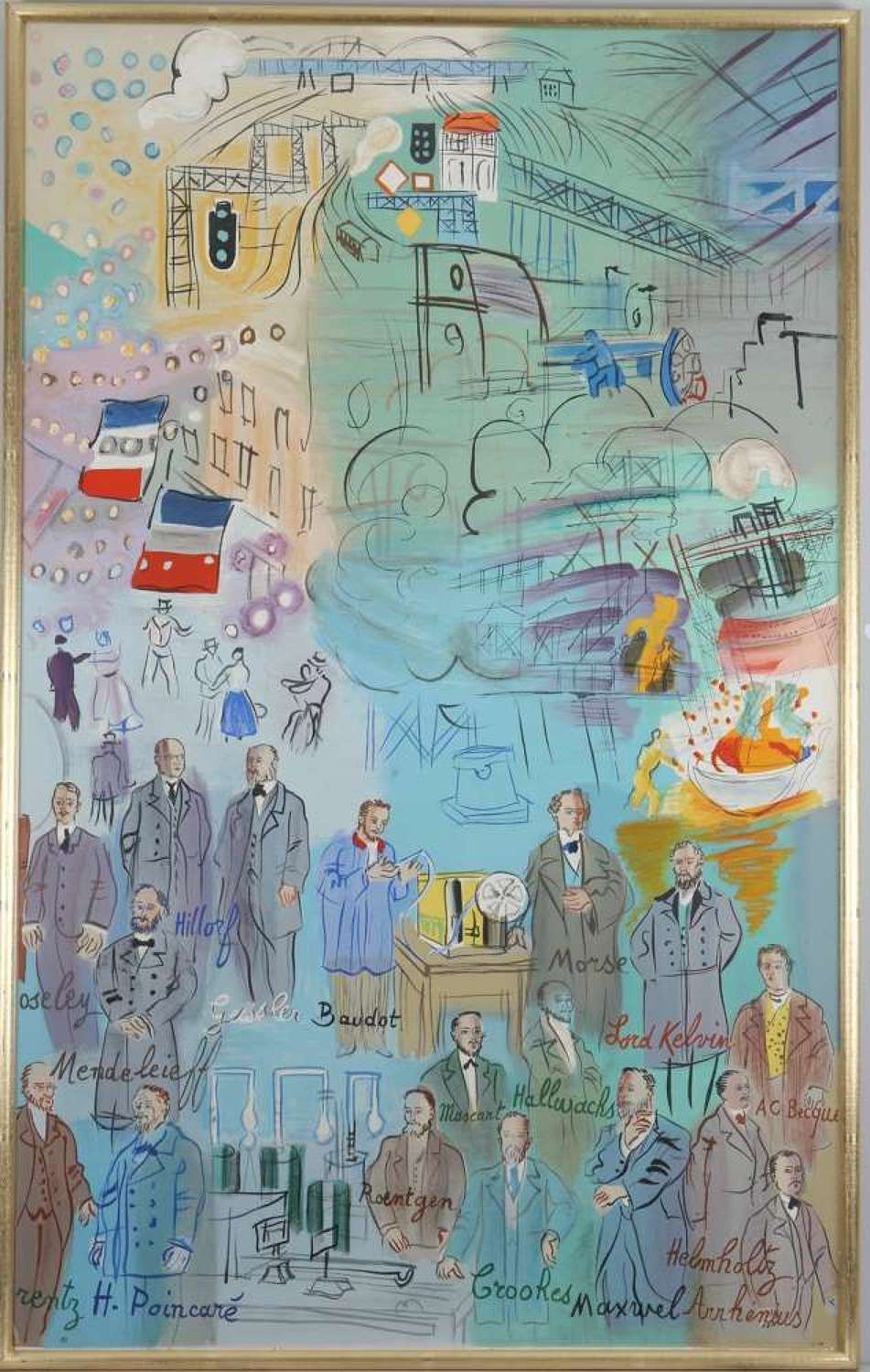 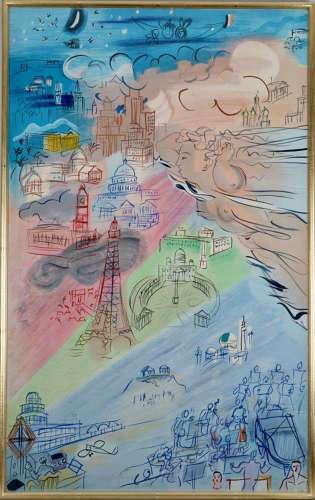 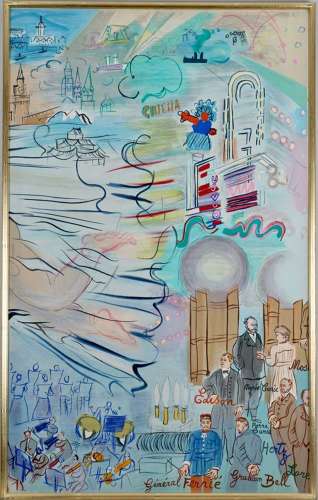 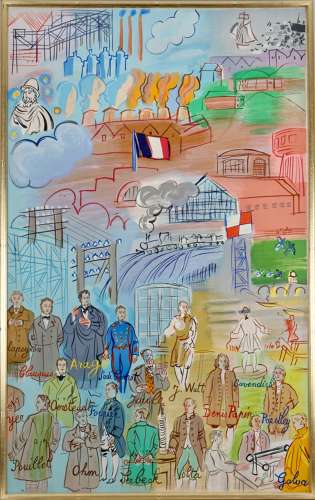 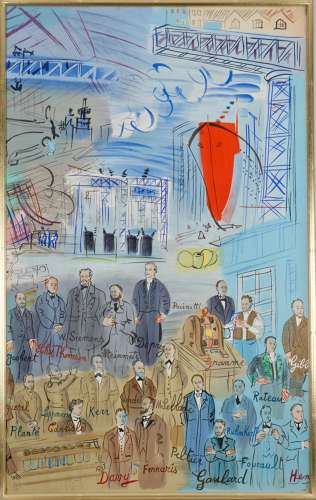 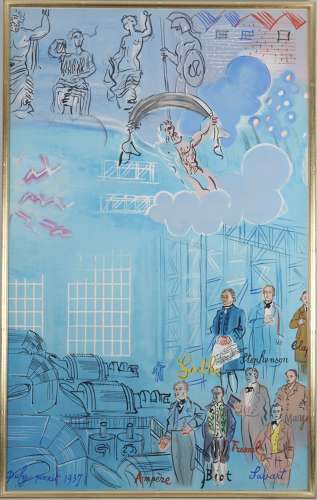 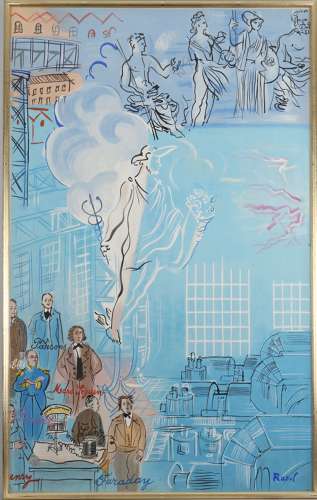 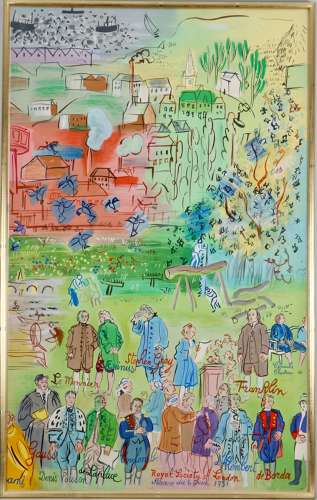 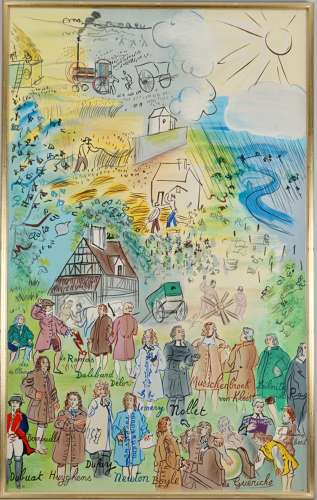 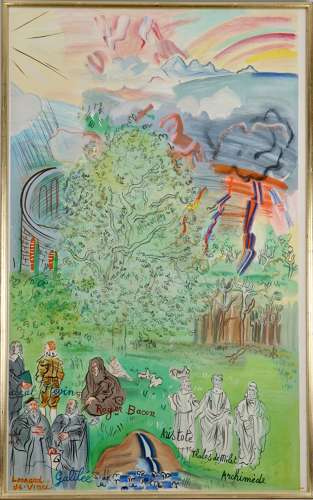 Raoul Dufy (1877 - 1953) was a French painter whose highly distinctive style, combining spontaneous outlines with washes of brilliant colour, expresses vividly the joy of life. Among his most famous works, and perhaps the largest painting ever undertaken, is "La Fée Electricité" ("The Electricity Fairy") which he completed over a ten- month period for the 1937 International Exposition in Paris. Commissioned by La Compagnie Parisienne de Distribution de Electricité and measuring 60 x 10 metres, it tells the story of electricity, beginning with the ancient Greek philosophers and featuring 110 historical figures who, through their philosophy or science, influenced the eventual harnessing of electrical power. To some artists it might have seemed a dull assignment but Dufy, approaching it with his characteristic brio, combined science, mythology and art in an enchanting tour de force of narrative illustration.

In 1953 Charles Sorlier, under the direction of Dufy, completed a series of ten lithographs after "La Fée Electricité" which were published in an edition of 385 numbered sets. This was an ambitious project: two hundred lithographic plates and twenty-two colours were used, producing a panorama which measured 4 feet by 20 feet long when the ten lithographs were placed side by side (or 8 x 10 feet long when arranged as a screen). Few of these sets survive, many having been divided and sold individually over the years. So we are pleased to offer a complete set of ten in excellent condition and presented in hand-gilded frames.

Edition: 350, on Arches wove paper. Lithographed by Charles Sorlier at Mourlot Studio, Paris. Published by Pierre Berès, 1953. Signed and numbered by the publisher on reverse of sheet one.