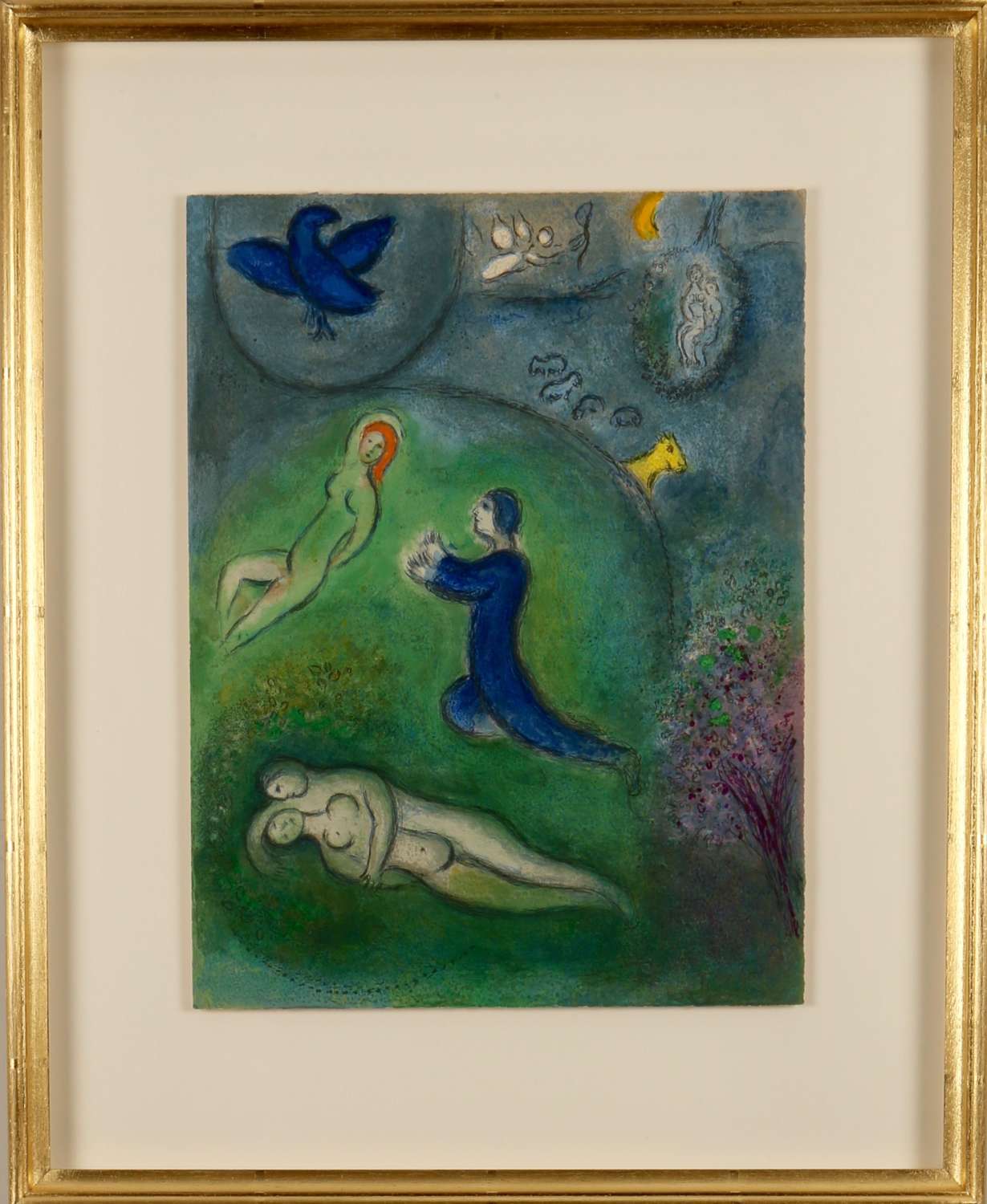 Attributed to the ancient Greek poet Longus, "Daphnis and Chloé" is a story about the romance of two foundlings raised by shepherds on the island of Lesbos. Despite their many trials, love triumphs over adversity: protected by nymphs and the god Pan, the goatherd Daphnis and the shepherdess Chloé are finally united.

Chagall's interest in "Daphnis and Chloé" was kindled in 1952 by his friend, the publisher Tériade, a native of Lesbos, who suggested to Chagall that he create a series of lithographs to illustrate the story, believing him to be uniquely suited to bringing the tale vividly to life. As a prelude to this task, he encouraged Chagall to visit the Greek islands, where he was sure the artist would find inspiration. Chagall, who had just re-married, added Greece to his honeymoon itinerary, and he was enchanted. Deeply moved by the Arcadian landscapes and incandescent light of the Peloponnese, he made a series of gouache and pastel drawings in preparation for the lithographs that he would subsequently produce for Tériade.

The forty-two illustrations which Tériade published in 1961 were a triumph of the art of lithography, fully justifying the nine years it had taken to bring the project to fruition. Working with master printer Charles Sorlier, Chagall eschewed the usual six colours artists employed, utilising up to twenty-five colours per image. This enabled him to achieve a subtle layering of tone and hue through which he could express the rich emotion of the story.

Chagall's "Daphnis and Chloé" is one of his most accomplished works and we are pleased to offer this pristine image from the series. It is in excellent condition, the colours as fresh as the day the lithograph was issued.

Edition:  Proof aside from the edition of 250, on Arches wove paper. Created at Mourlot Studio Paris and published by Tériade.