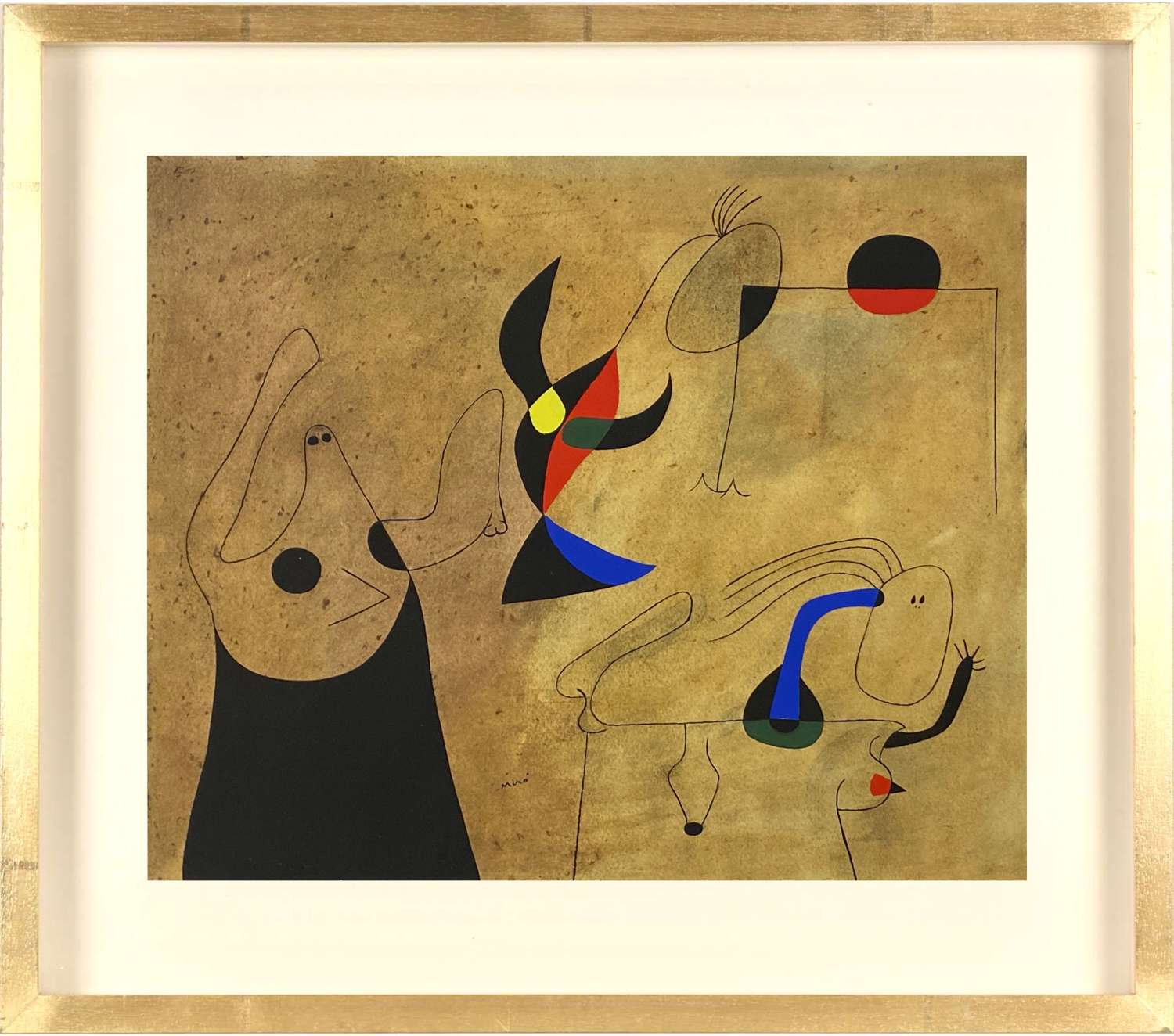 The twenty-two paintings known as the "Constellations" were begun by Miro in Normandy, France in 1939 at the outbreak of the Second World War and completed in Barcelona two years later after Miró and his family had been forced to flee France in the wake of the German invasion. The paintings were sent to the USA in 1945 and exhibited at the Pierre Matisse Gallery in New York, where they were rapturously received by the art community. The fascinating minutiae of the "Constellations", replete with fantastic celestial imagery and symbols, poised between order and chaos, expressing both the fragility and energy of the universe, enthralled visitors and strongly influenced the emerging Abstract Expressionist movement.

The surrealist poet Andre Breton was so moved by the "Constellations" that he composed a series of poems inspired by and named after the paintings. In 1959, Pierre Matisse published the poems in conjunction with exquisite pochoirs (stencil prints) after Miró's original compositions and a specially commissioned signed lithograph by Miró, creating one of the most collectable folios of twentieth century art.