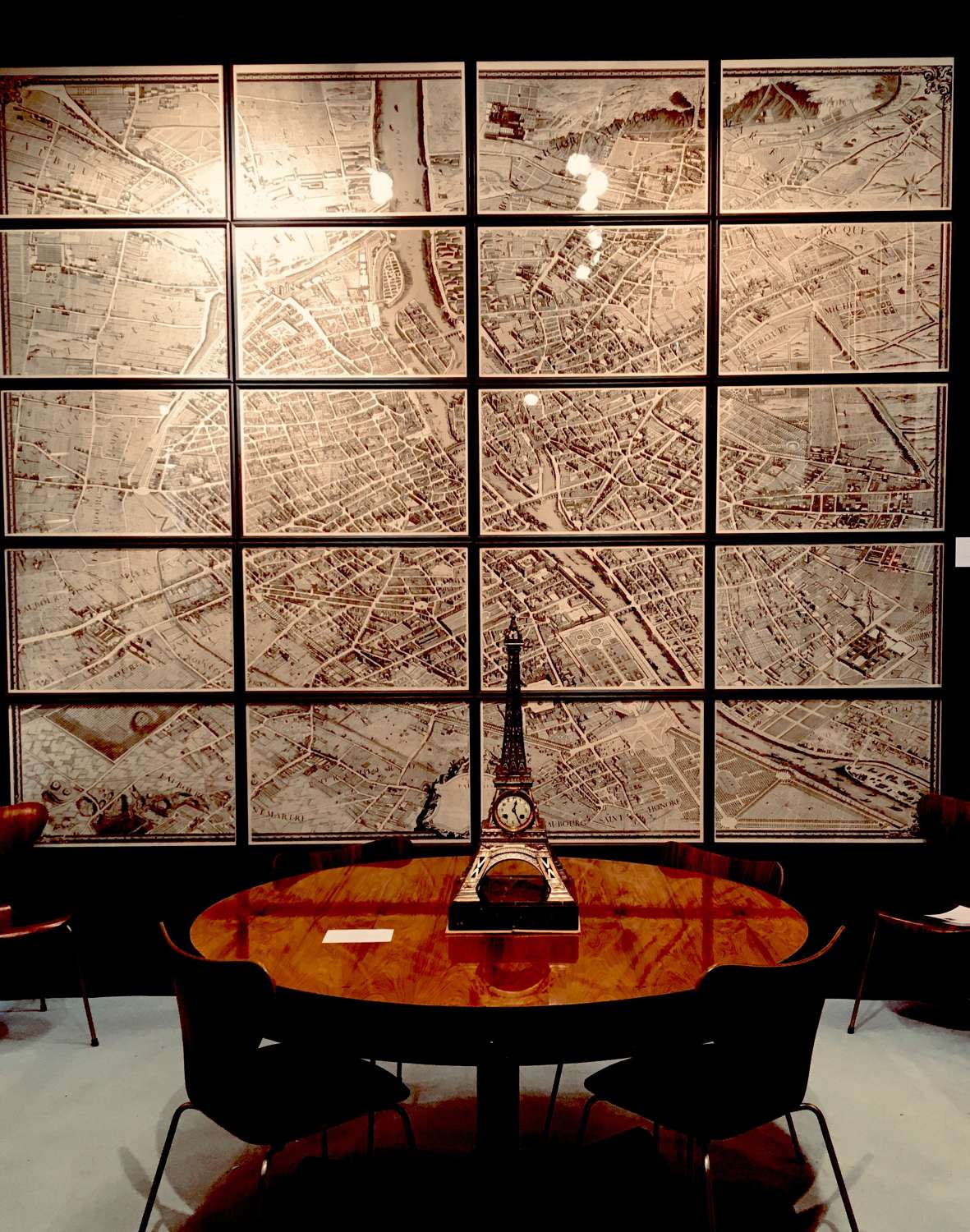 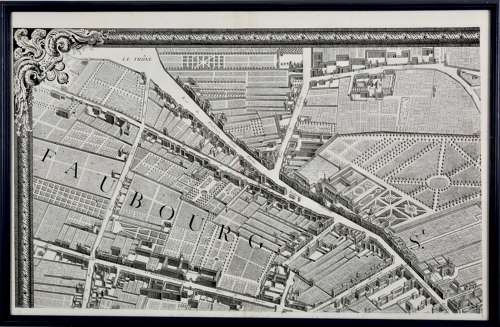 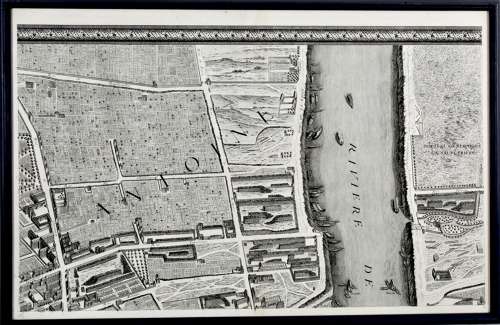 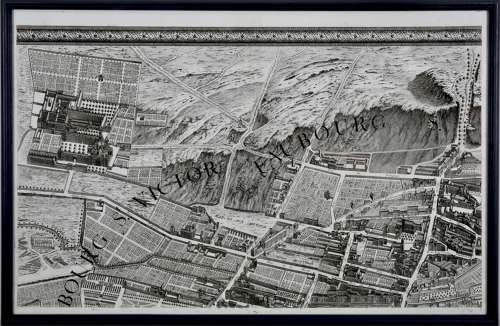 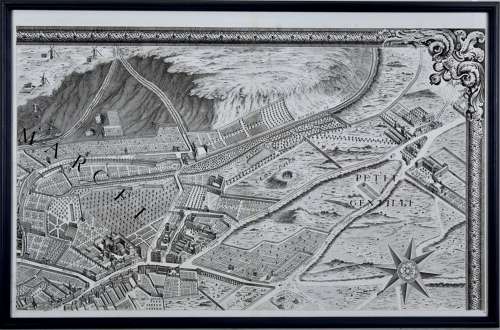 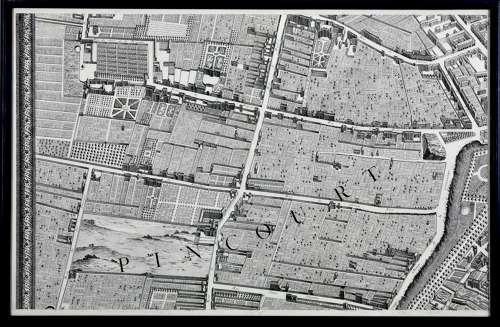 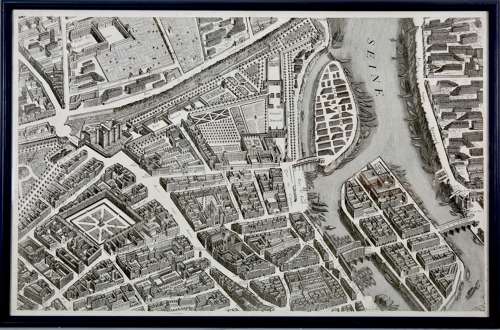 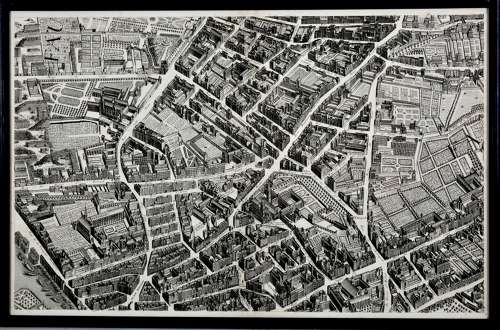 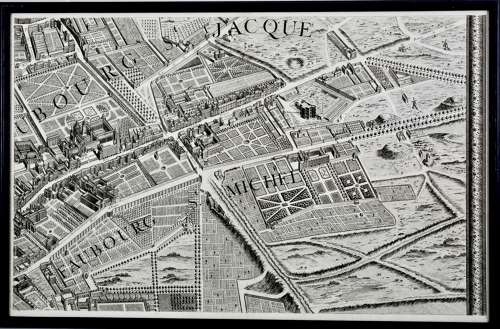 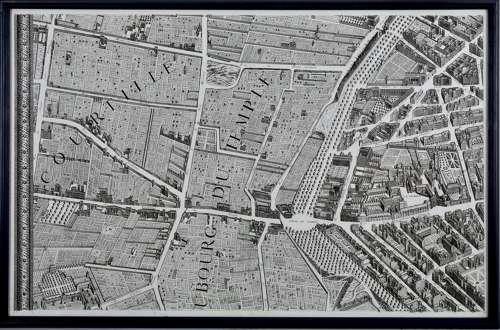 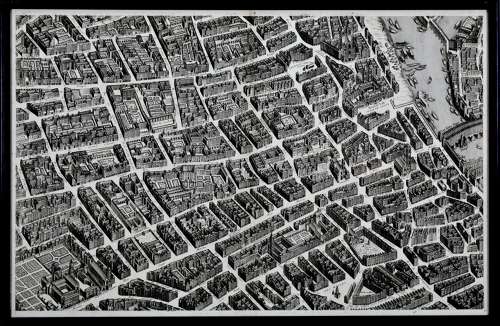 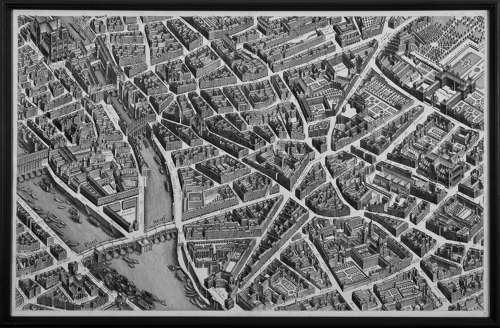 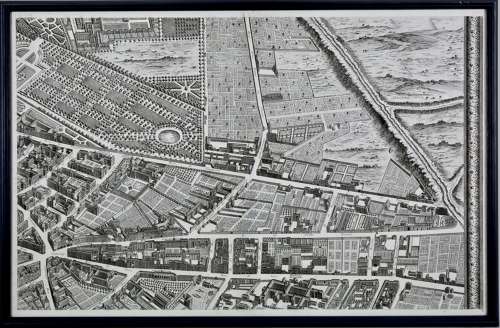 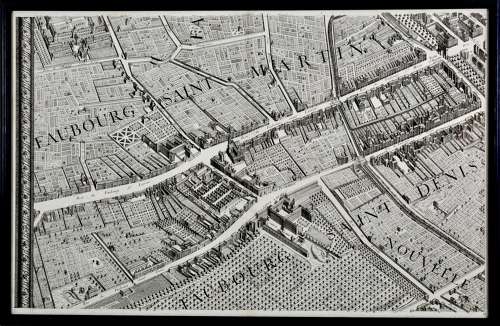 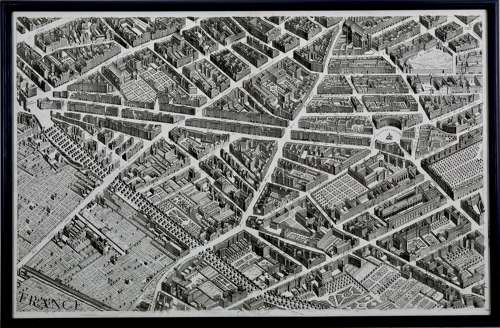 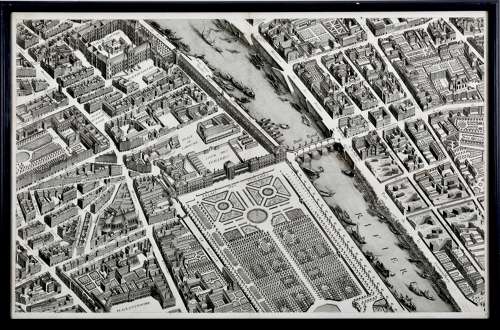 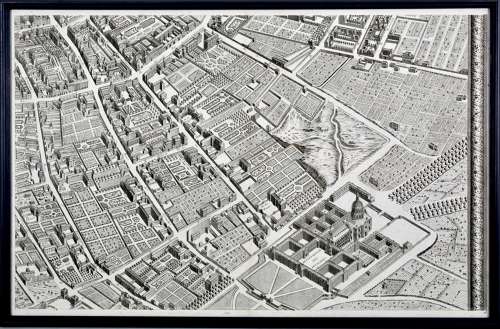 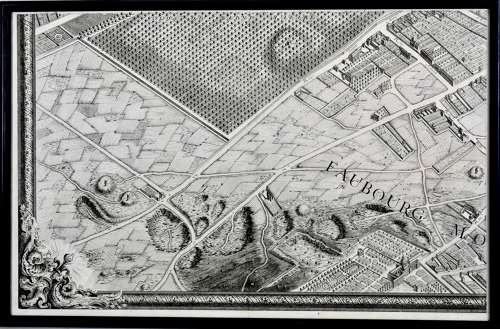 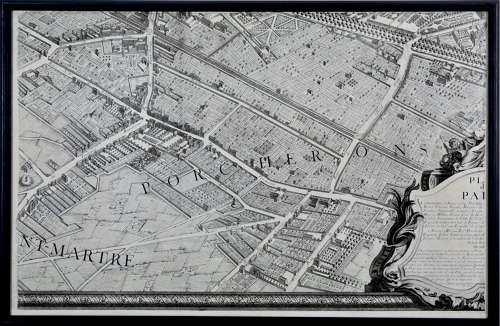 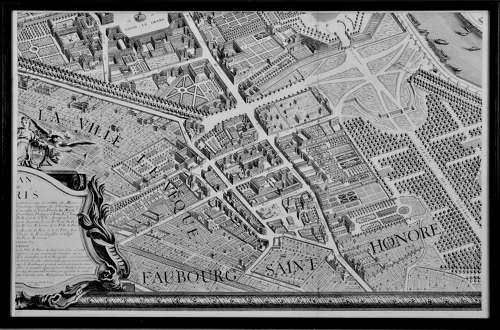 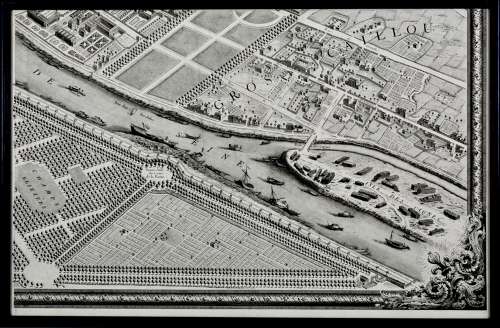 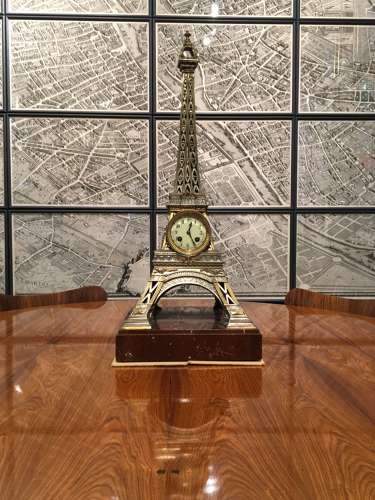 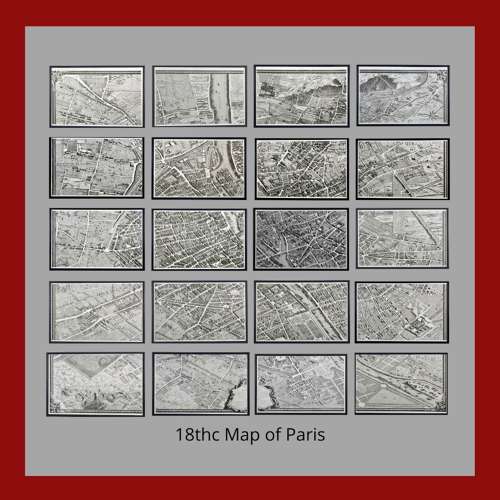 The Turgot "Plan de Paris" was published in 1739 as twenty non-overlapping sectional bird's-eye view maps, at a scale of approximately 1/400, in isometric perspective towards the south-east. It covers an area corresponding to the first eleven modern-day arrondissements. Drawn during the reign of Louis XV and well before Baron Haussmann's nineteenth century re-design of the city, it is a highly accurate and detailed record of pre-Revolutionary Paris, a minute graphic inventory accounting for nearly every building, window, park and street.

Michel-Étienne Turgot (1690-1751) was mayor of Paris when he engaged Louis Bretez, professor of perspective of the Royal Academy of Painting and Sculpture, to draw up the initial plan. Bretez took two years (between 1734 and 1736) to complete his work and, to ensure the accuracy of his drawings, he was permitted to enter every building in Paris. Engraver Claude Lucas was given the task of transferring Bretez's drawings to twenty copper-plates from which the plan was to be printed. The printed sheets were published in 1734 as bound volumes and presented to the King, key members of the Academy and municipality, and to foreign dignitaries.