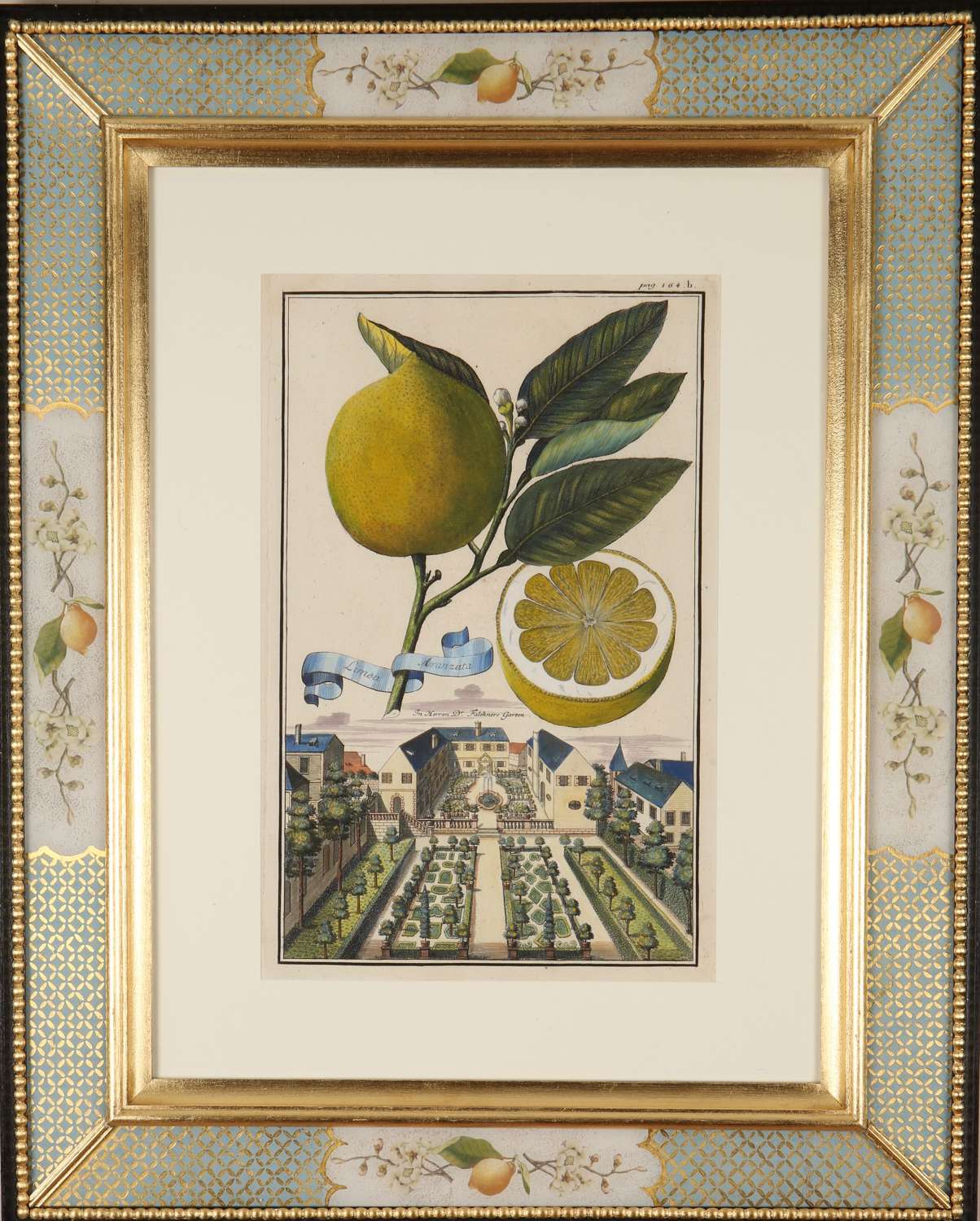 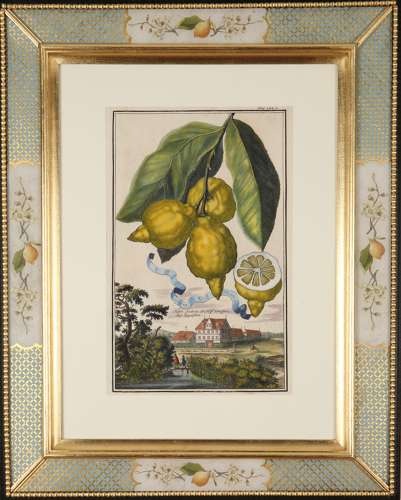 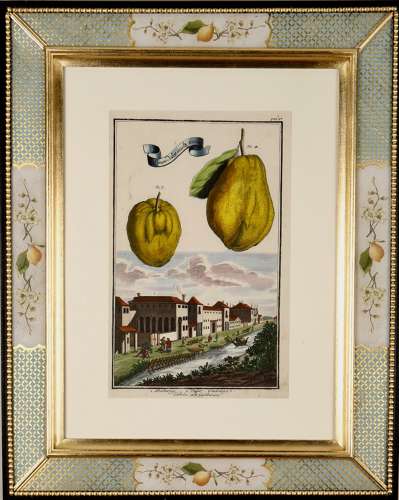 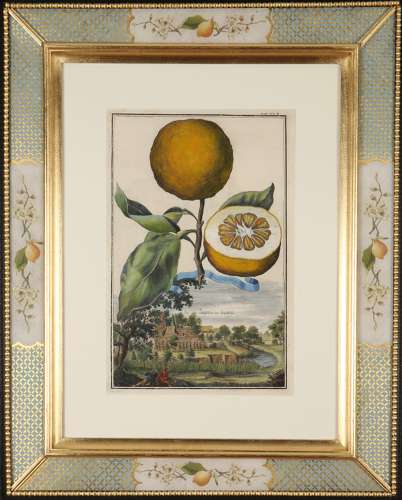 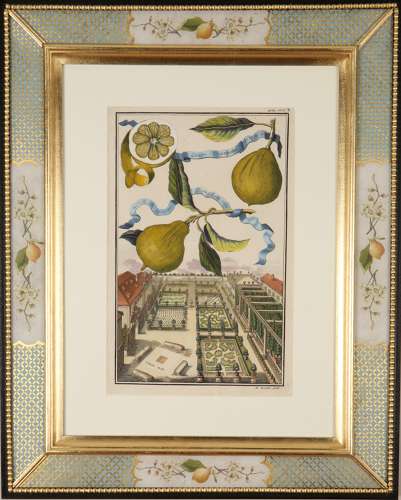 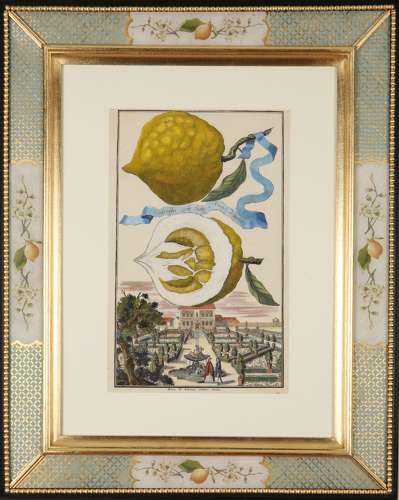 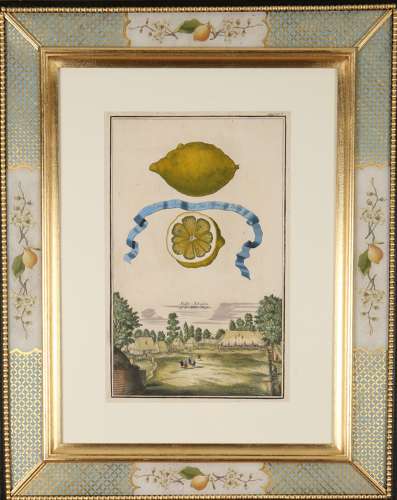 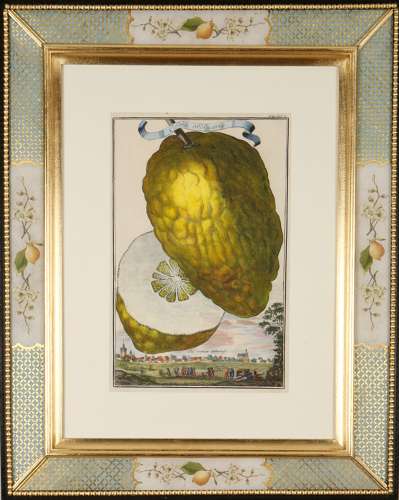 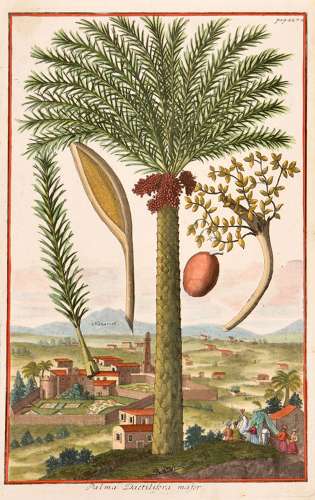 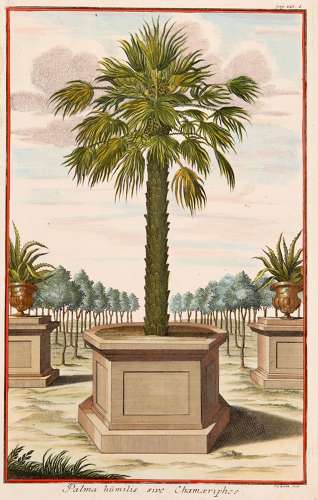 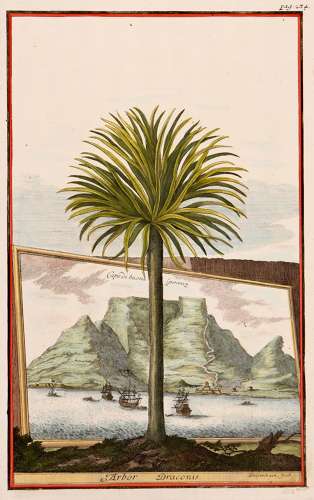 In the late seventeenth century there developed among the aristocracy of central Europe a passion for cultivating the rarest kinds of citrus fruits, often imported at great expense from areas south of the Alps. At the forefront of this cult was Johannes Volckamer (1644-1720), a German merchant and botanist, who utilised the riches provided by his family's silk factory to create a garden in Nurenberg devoted to these fruits. Volckamer became something of an expert in their cultivation and between 1708 and 1714 produced his seminal work, "Nurnbergishe Hesperides", which, besides being a growers' manual, also included over two hundred engraved illustrations of the most wondrous varieties nurtured by he and his fellow enthusiasts. These engravings are gems of botanical art. Each one introduces a variety of fruit with a ribbon bearing its name; the fruit itself seems to hover in mid-air, while below it is shown a charming vignette depicting the palace or garden, in Germany or Italy, where the particular variety was cultivated.

Few copies of the "Nurnbergisch Hesperides" were published and it remains one of the rarest of eighteenth century botanical works.