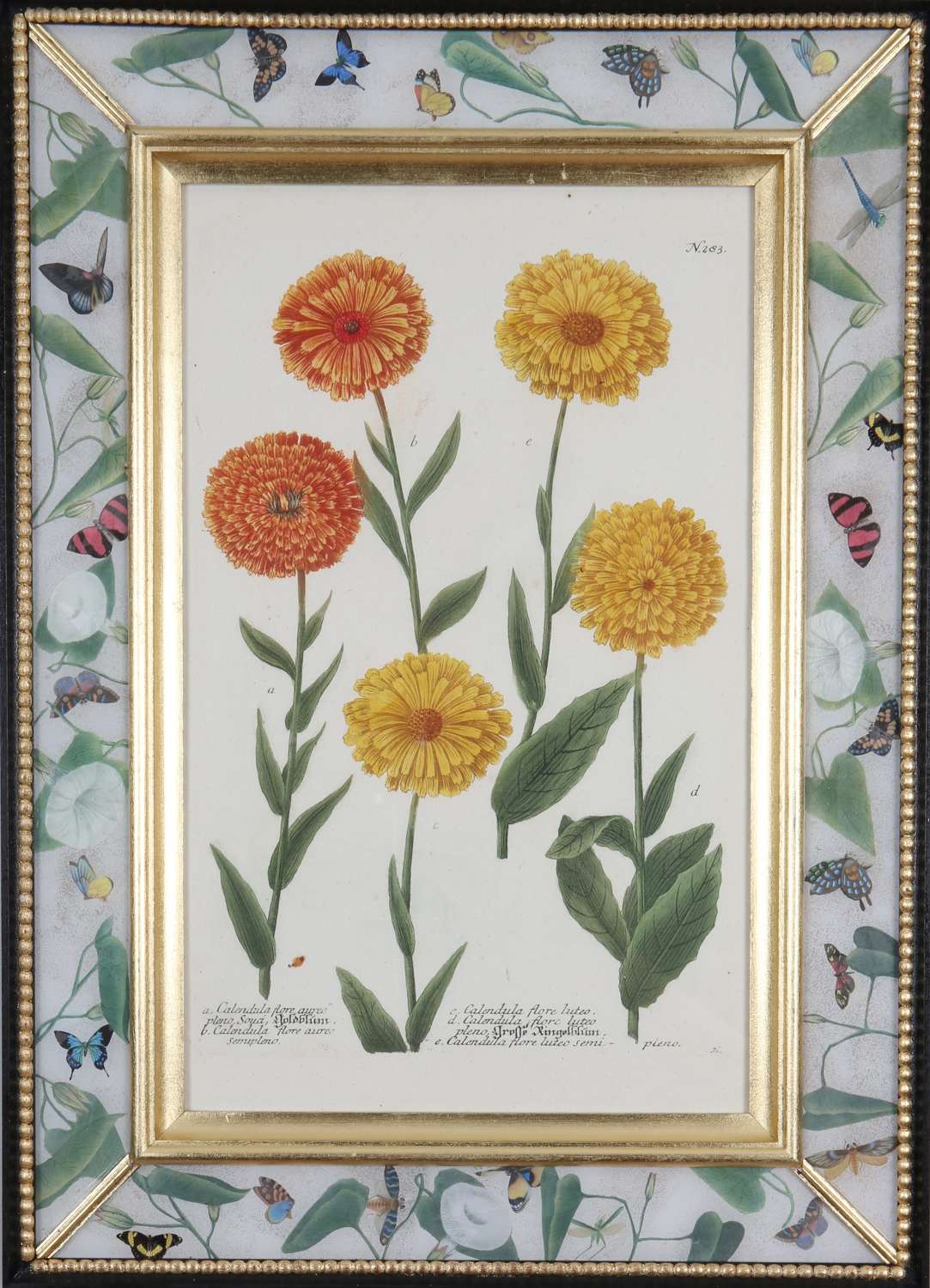 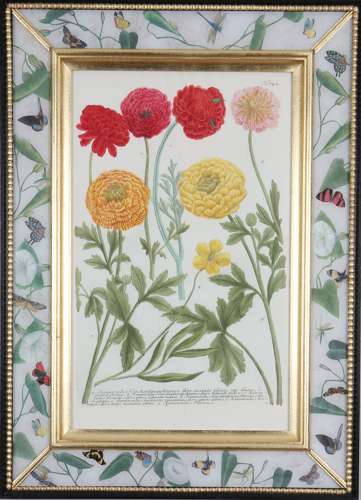 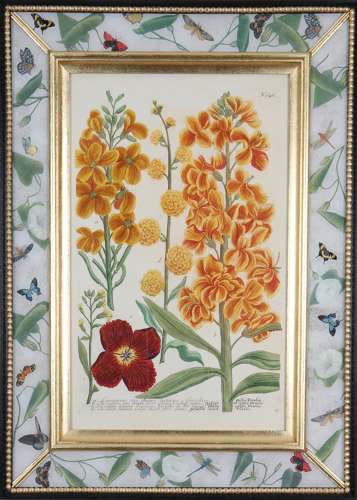 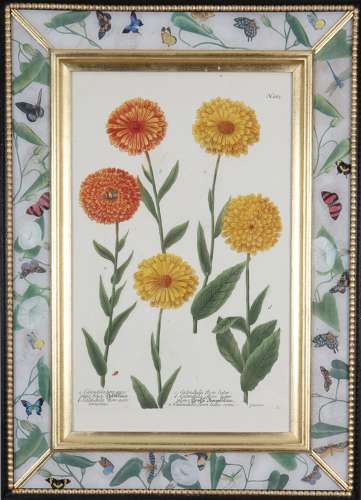 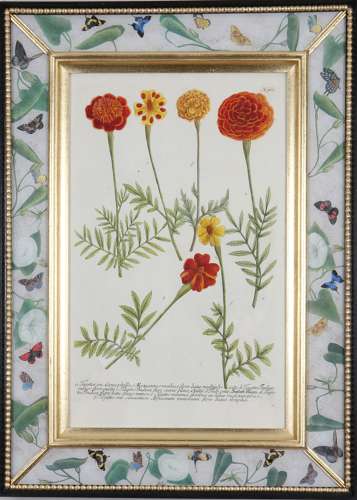 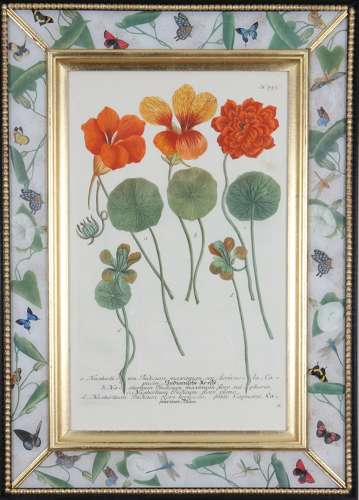 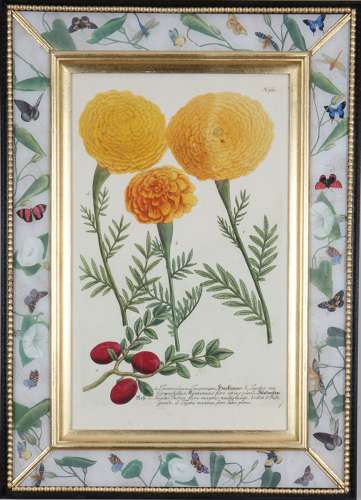 A group of mezzotint engravings of flowers from: "Phytanthoza Iconographia",  c1739, presented in hand-made parcel-gilt, ebonised and decalcomania frames.