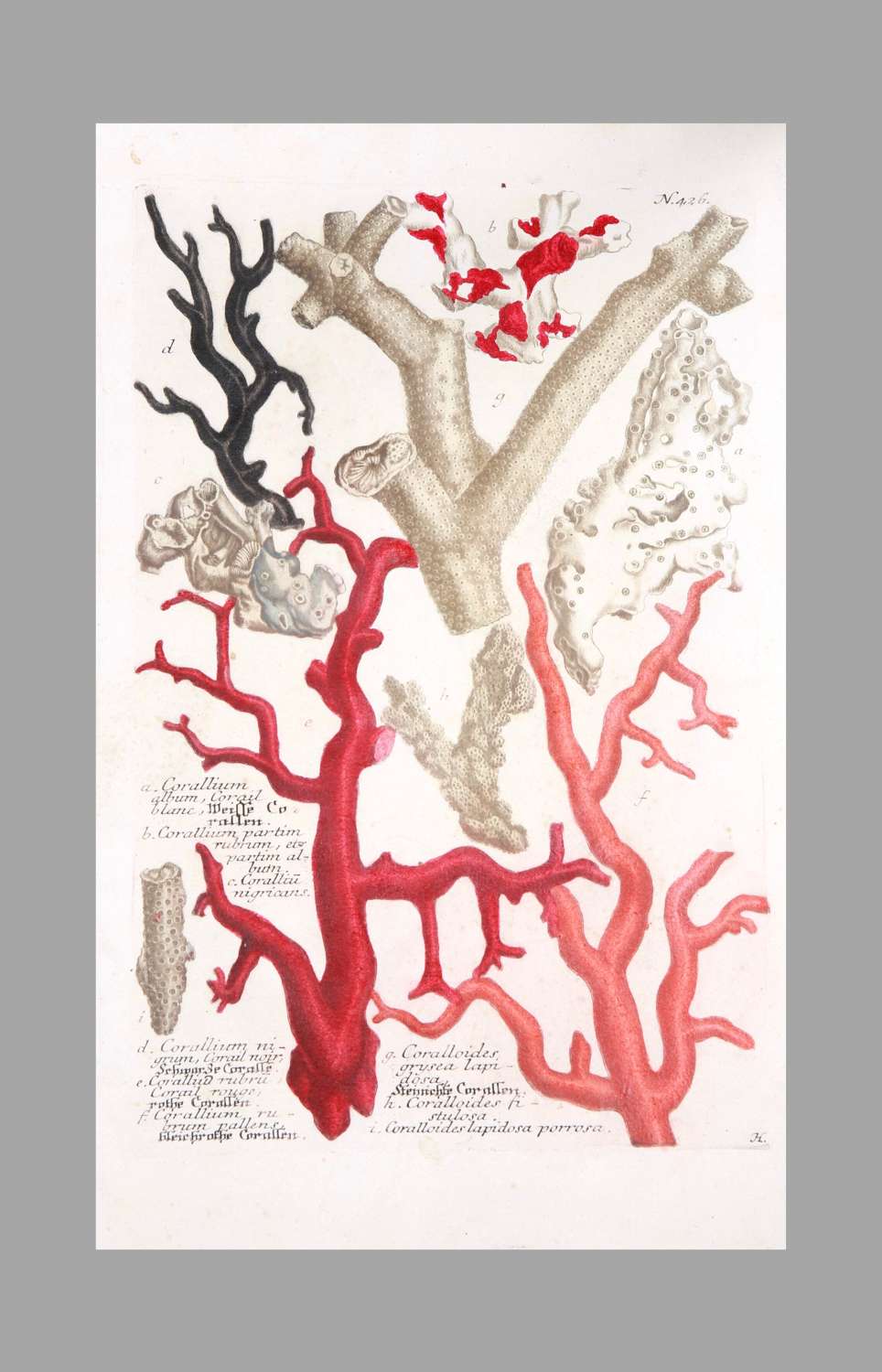 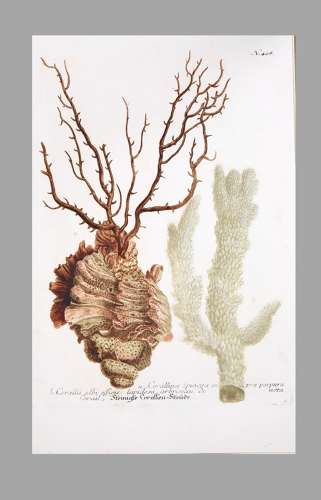 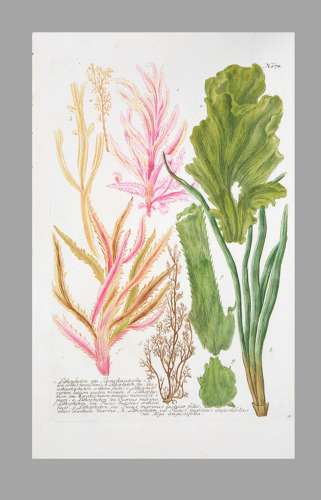 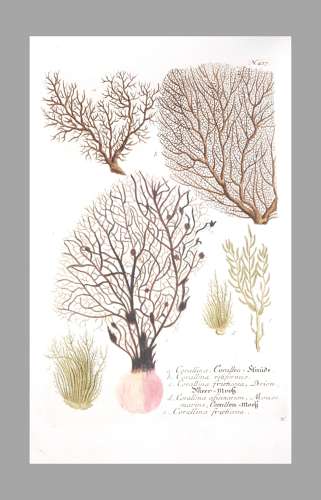 A selection of coral and seaweed,  hand-coloured mezzotint engravings from: "Phytanthoza Iconographia", c1739.