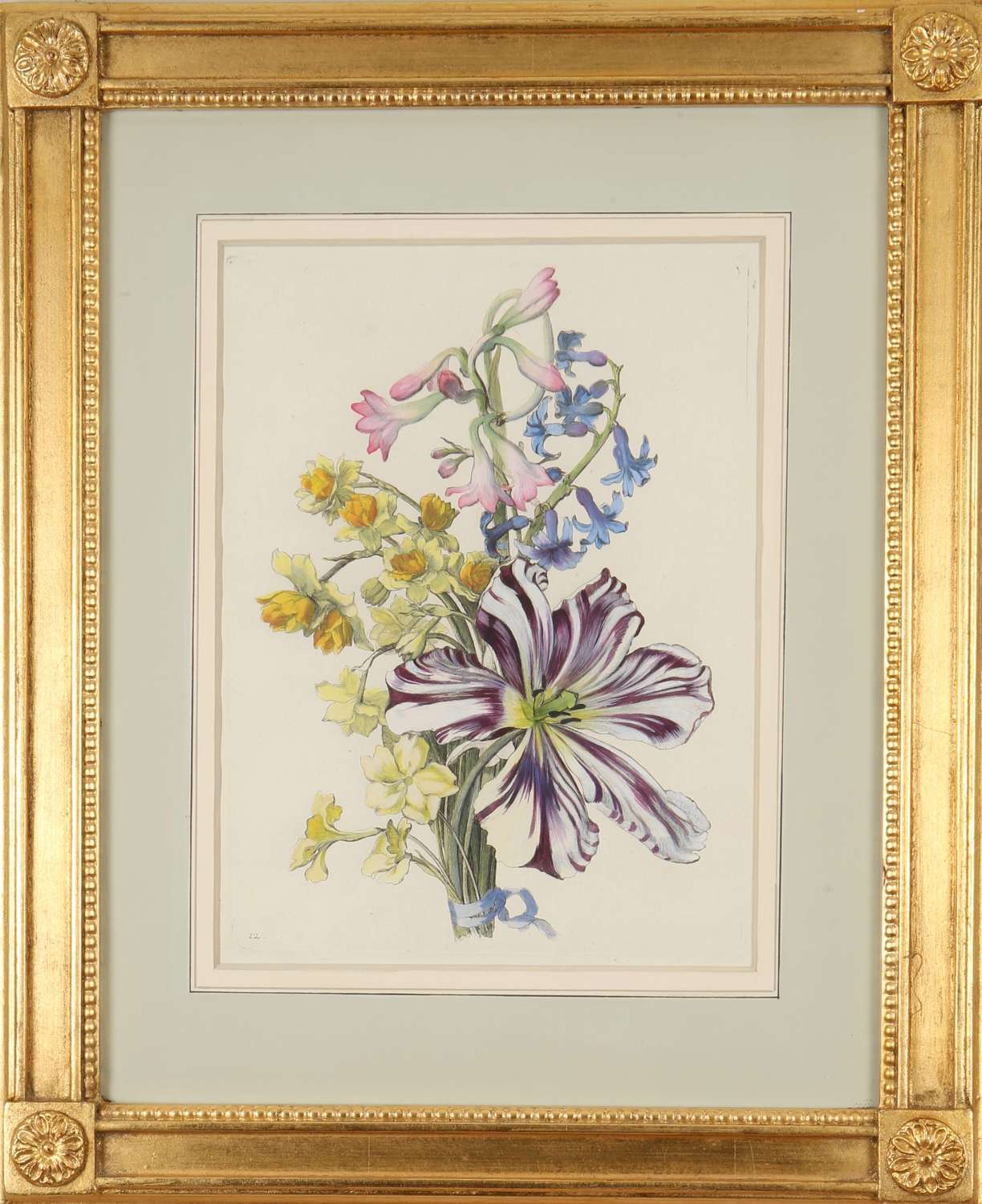 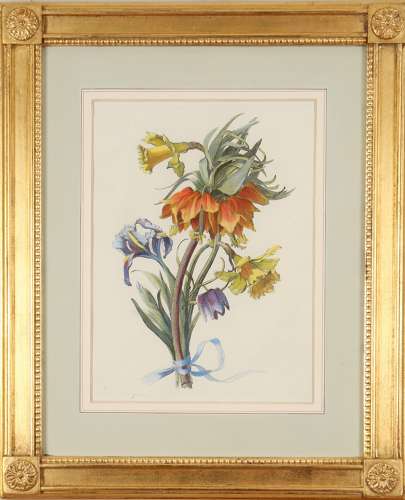 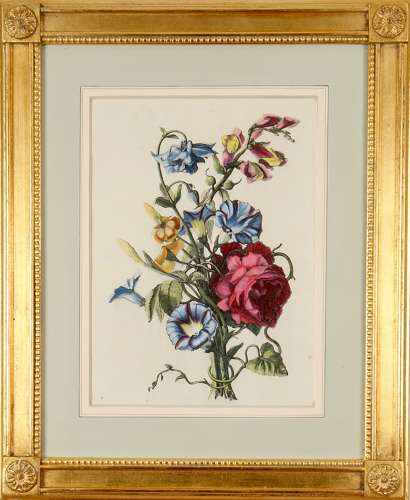 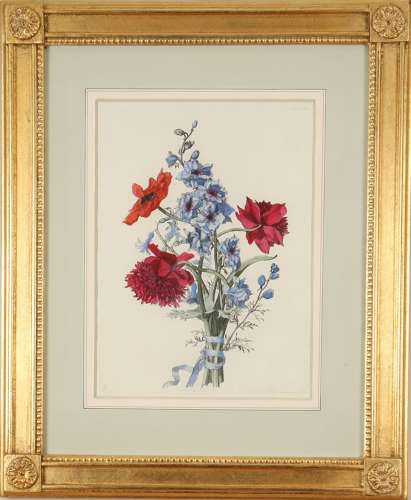 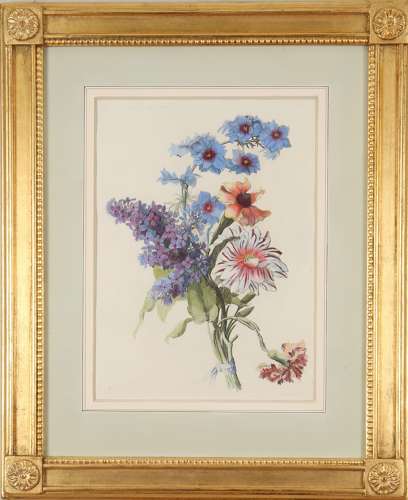 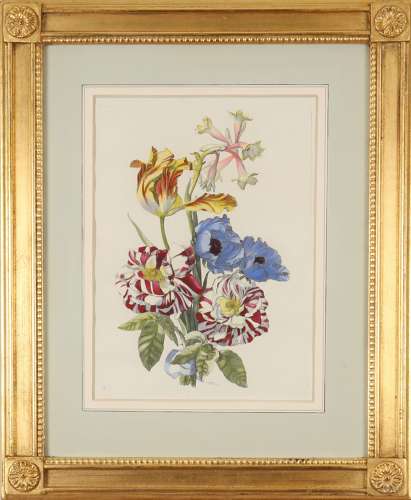 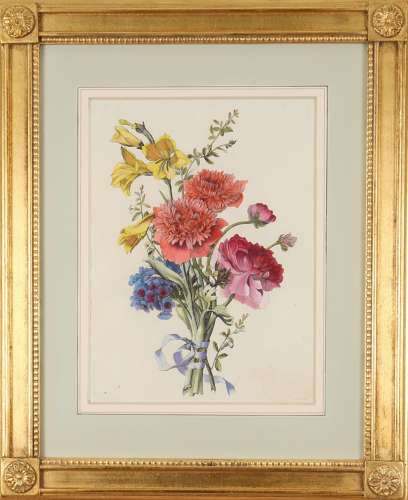 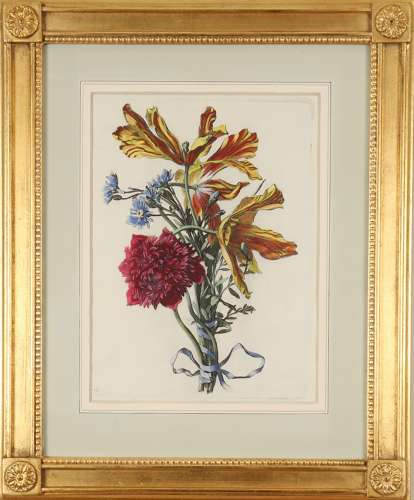 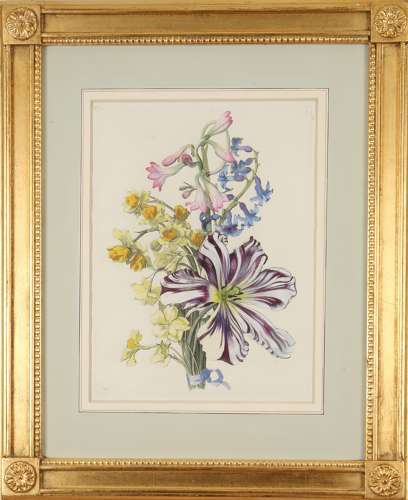 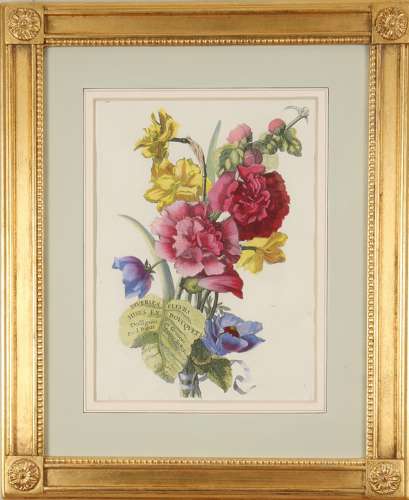 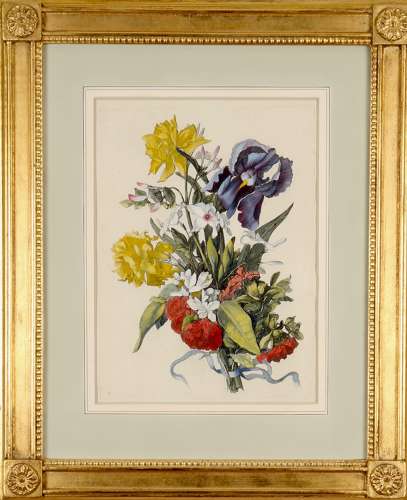 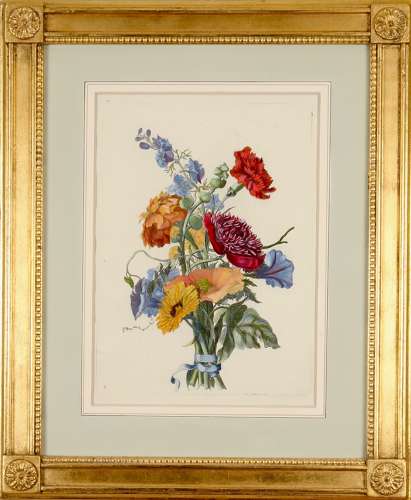 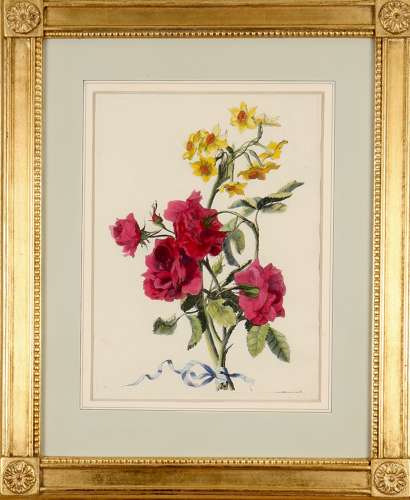 Jean-Baptiste Monnoyer (1636-99) was a French painter who specialised in flower pieces. Besides his paintings, he also produced designs for tapestries, and suites of engravings, notably "Livres de toutes sortes de fleurs d'apres nature", which has influenced interior designers since the seventeenth century.

Monnoyer was greatly appreciated in his time and provided designs and works of art for many noble palaces in both France and England, including Versailles, home of the French Royal family from 1682 to 1789. Built by Louis XIV, at vast expense, Versailles was central in establishing the dominance of French style and taste in Europe. It housed 60 paintings by Monnoyer and his influence spread to all aspects of its decoration.