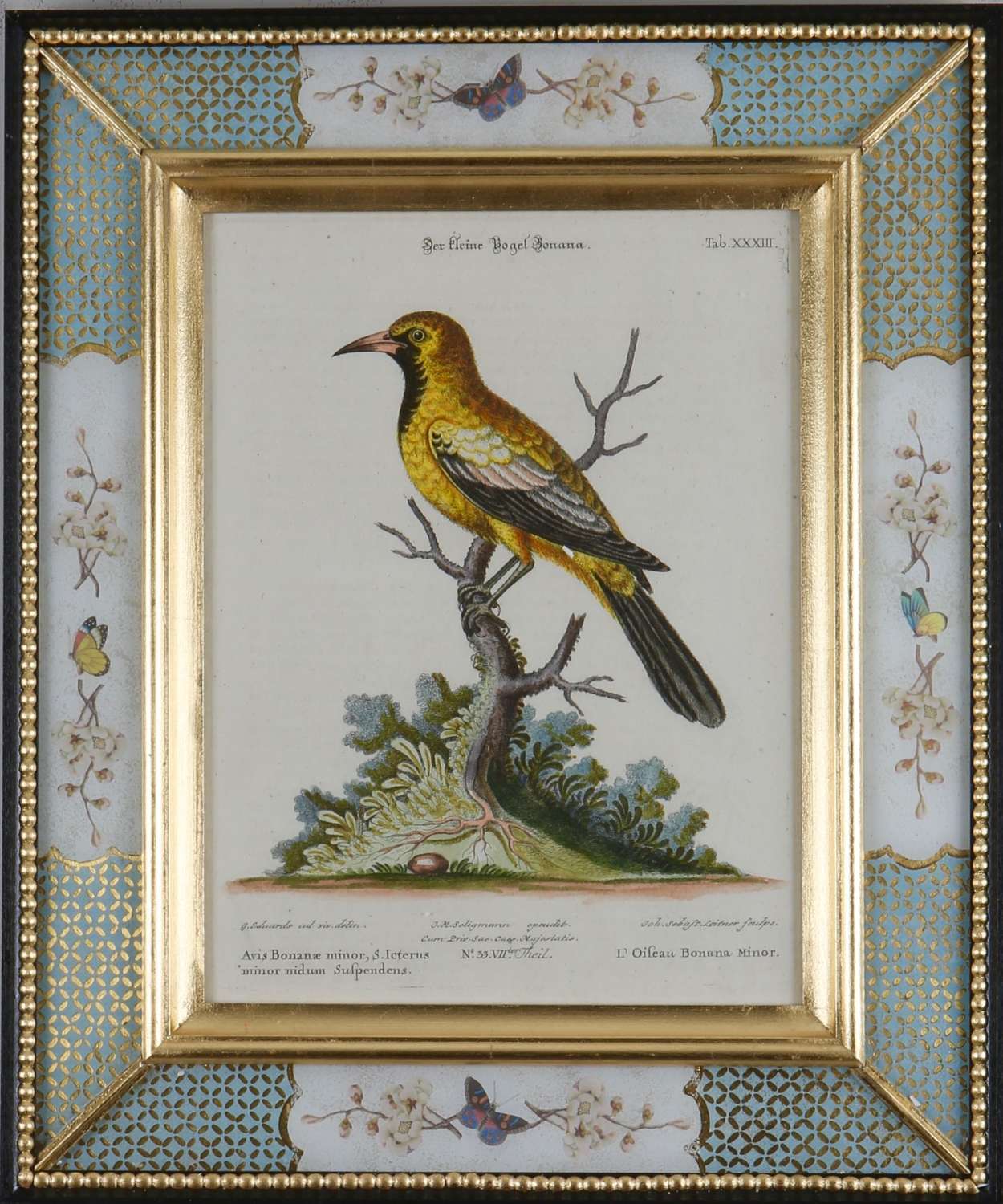 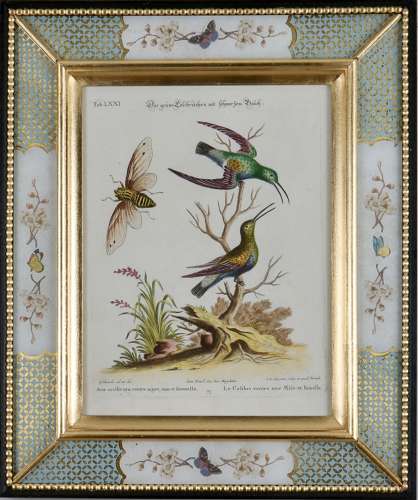 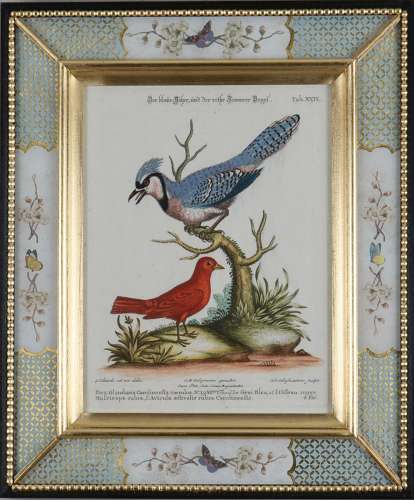 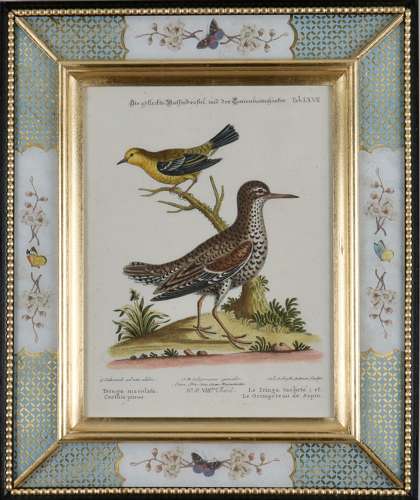 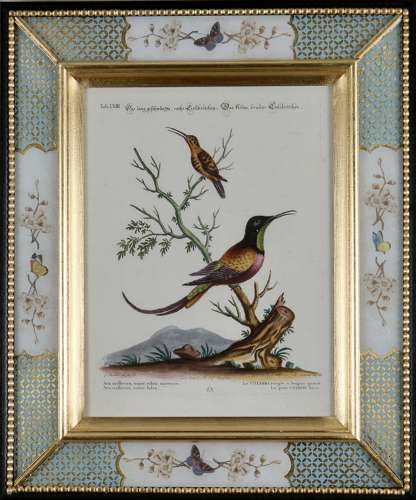 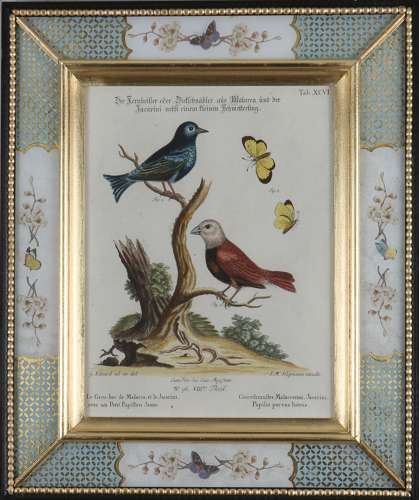 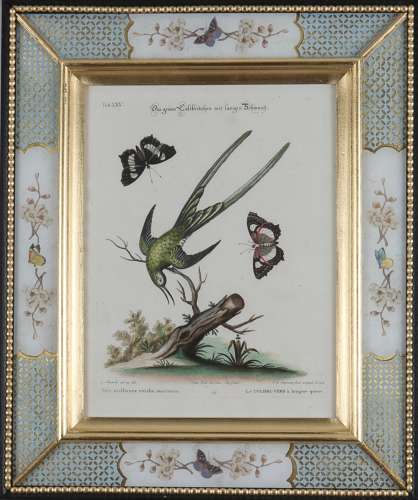 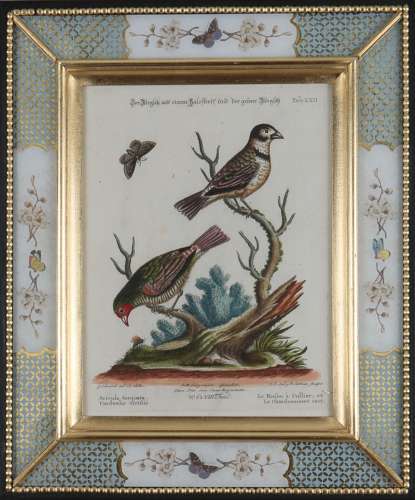 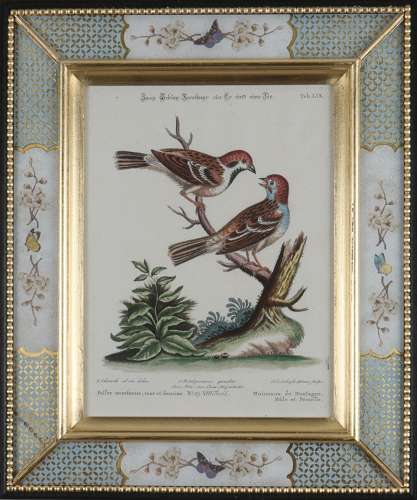 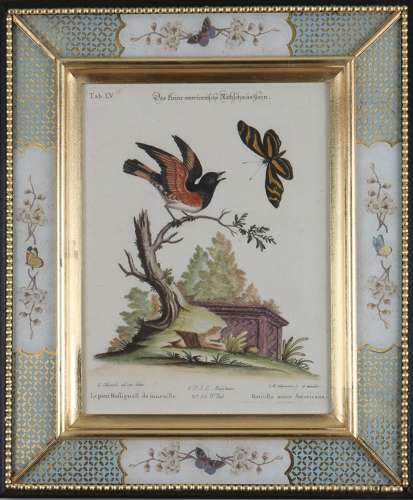 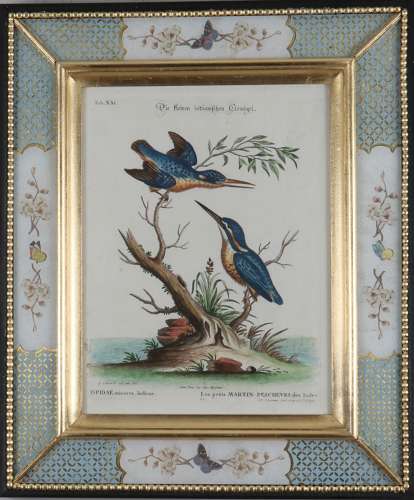 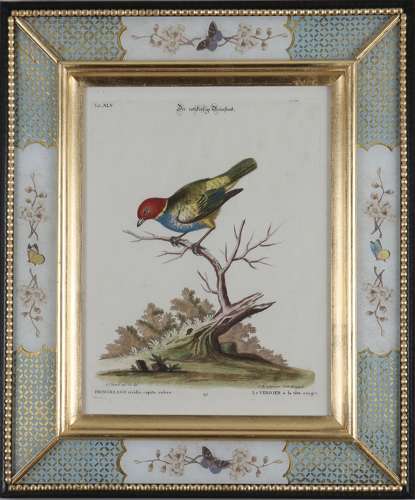 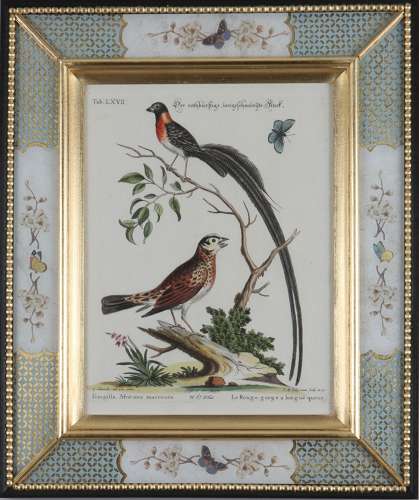 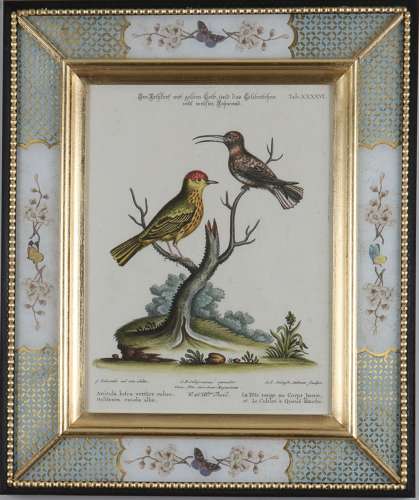 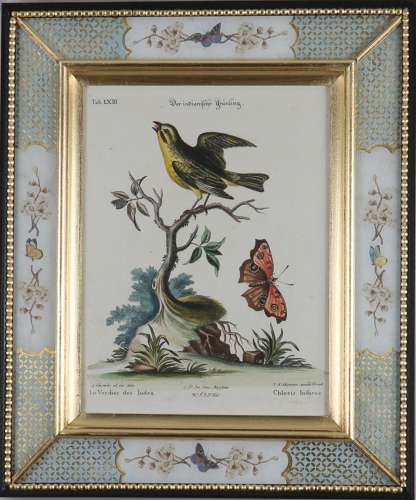 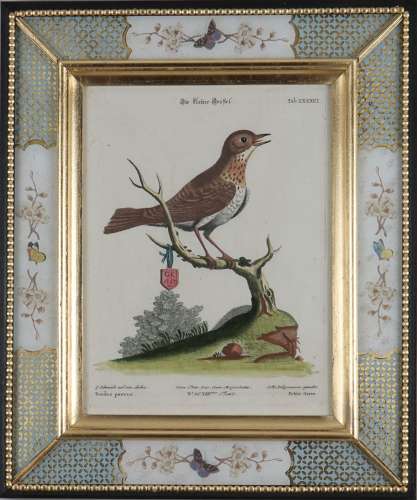 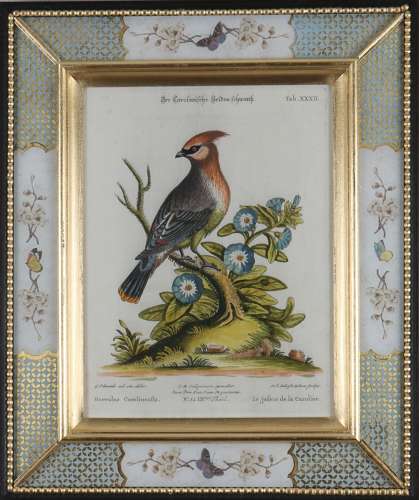 A prominent English naturalist and ornithologist, George Edwards (1694 -1773) is best known for his work, "A Natural History of Uncommon Birds", which he published between 1743 and 1761 whilst Librarian to the Royal College of Physicians in London. It contains coloured engravings and descriptions of more than six hundred species "not before described or delineated" and introduced an English audience to many exotic birds from Europe, Asia and North and South America.

Following the great popularity of Edwards' work, a German edition was published, with re-engraved plates, by Johann Michael Seligmann (1749 -1776), from which edition these engravings are taken.

Ships from the USA. These items are sold individually.