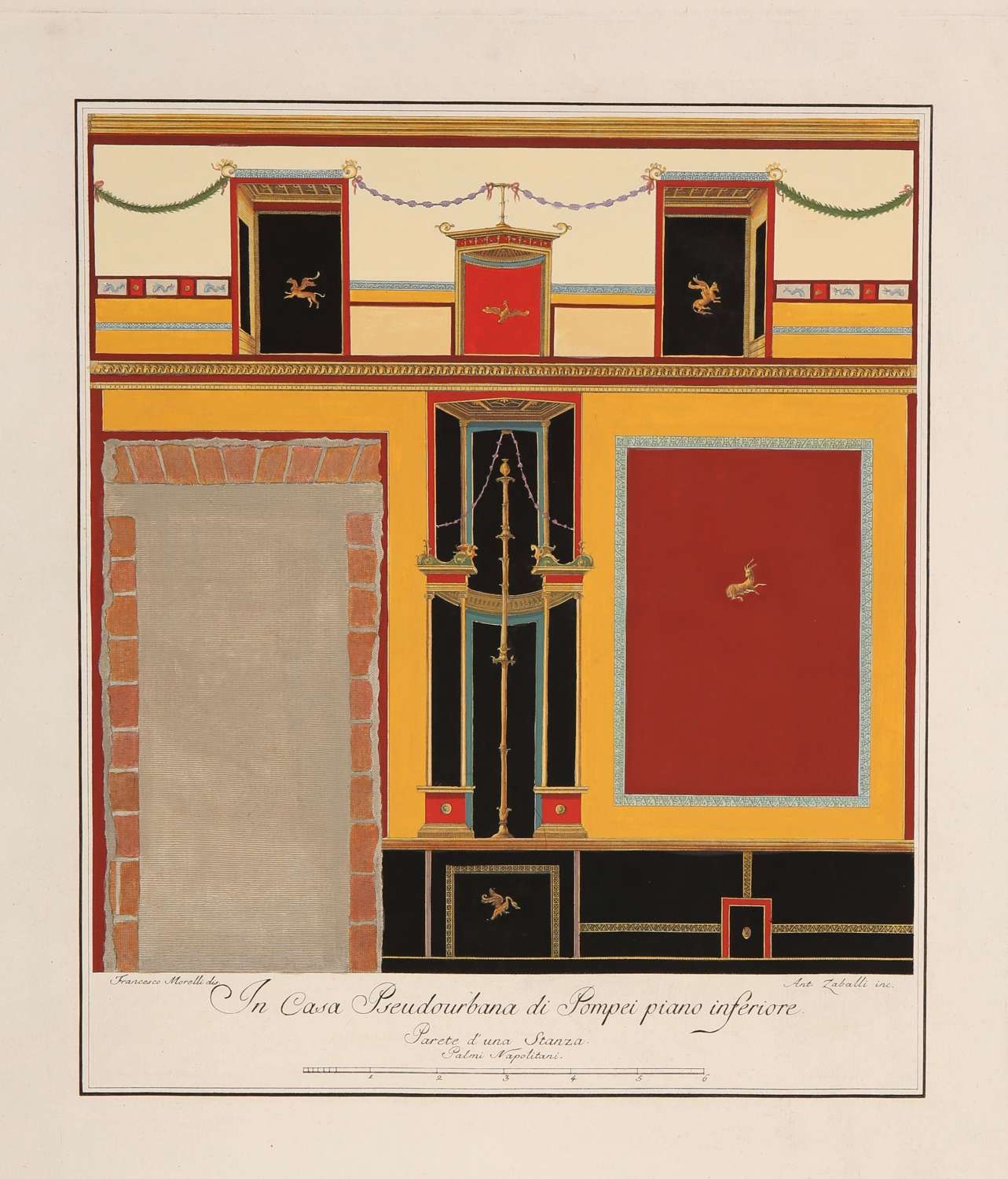 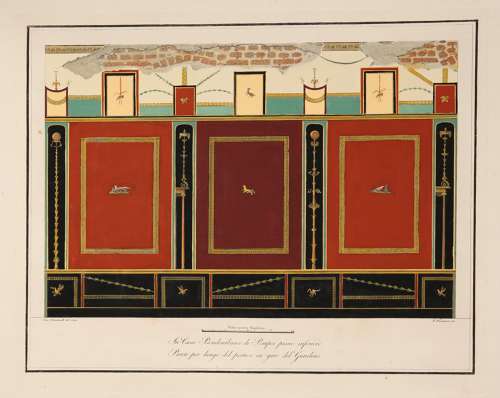 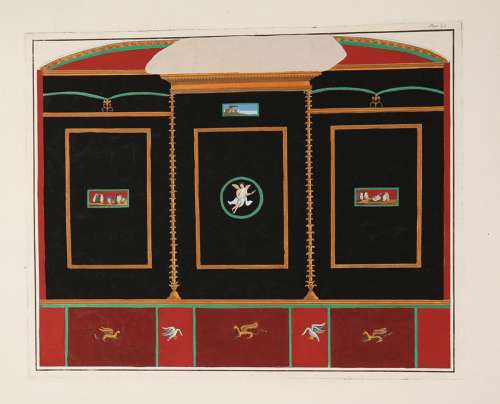 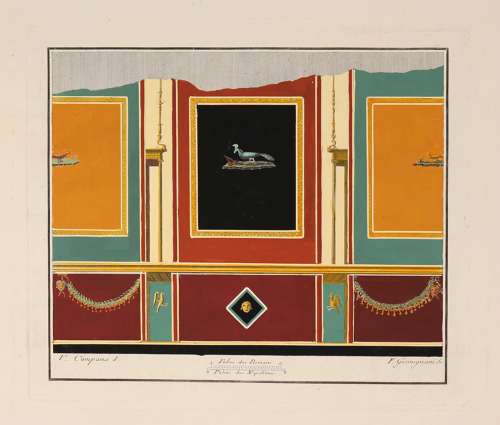 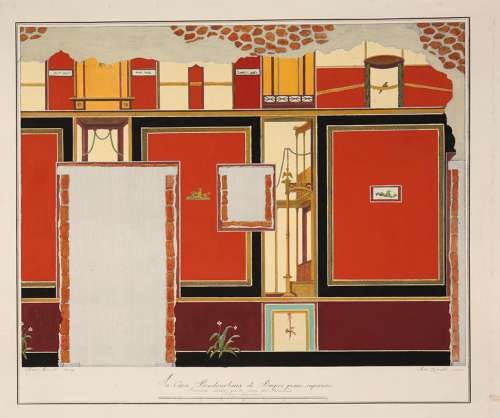 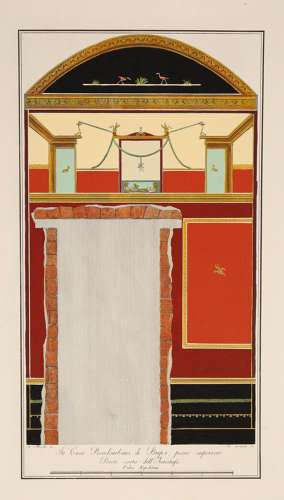 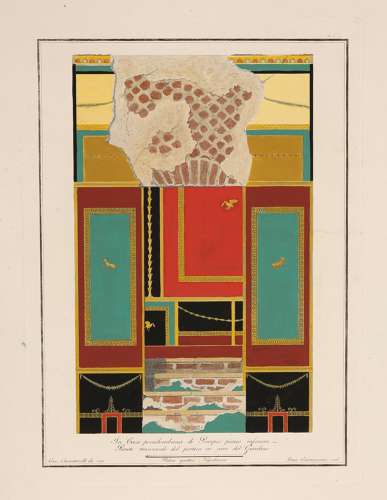 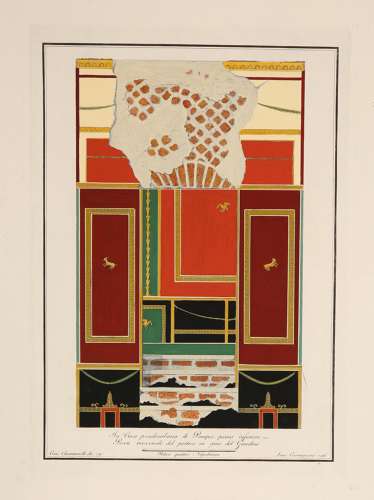 The excavations of the ancient Roman settlements of Pompeii and Herculaneum in the second half of the eighteenth century led to surge of interest in the classical world and had an enormous influence on architecture and interior design, giving rise to the movement know as Neo-classicism. Initiated by Charles III, the Bourbon King of Naples, excavation of the two sites began in the 1730s and quickly became the largest project in archaeological history. Early work was haphazard, with Charles III claiming the more interesting finds for his own collection. Frescoes, statues and valuable artefacts were removed without their position in the respective cities being recorded and gunpowder was used to reach the less accessible areas. However, in 1755 a group of academics formed the Accademia Ercolanese Di Archeologia with the purpose of systematically recording in detail all of the findings and linking them to the locations in which they were found. Johannes Winckelmann (1717-1768), an eminent German antiquarian, was appointed to oversee this task.

Towards the end of the eighteenth century the Academy engaged a team of engravers to record the wall paintings and mosaics that had been excavated and the resultant engravings were published between 1796 and 1808 in a folio entitled: "Gli Ornati delle Pareti ed i Pavimenti Delle Stanze dell'Antica Pompei", from which we offer a selection.